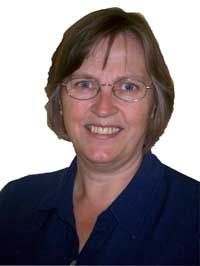 Big divisions within the ranks of the Women’s Food and Farming Union have led to the resignation of its national president, Janet Thorogood, and three long-standing office holders.

Mrs Thorogood had only been in the position since March and said the decision to quit had been taken for “internal reasons”, but it is widely known that personality clashes within the organisation have come to a head in the past few months.

In a statement, Mrs Thorogood said: “I truly believe that it is only with change that WFU can move forward. However, we have been unable to make the changes necessary to create an organisation fit for the 21st century, and I cannot see that we will be able to move forward in the foreseeable future.” She has pledged to continue with the WFU at branch chairman level.

Teresa Wickham, one of the three co-founders of the WFU, said: “I am sorry there has been this disruption within the WFU but we had a positive meeting last week and there is a calm atmosphere going forward. There has never been a more important time for the work of the WFU. It’s contact with the consumer has always been vital to the farming industry.”

Former WFU president Ionwen Lewis said that despite the difficulties the organisation was as strong as ever. “We have fantastic members and it’s remarkable that the vision that inspired the founders of WFU still forms the core of our work today. We are all about linking the producer to the consumer and that job is still badly needed.”

Vice-president Helen Bower will take over as WFU president immediately. She is co-ordinating a meeting of the central executive committee next month when decisions will be taken about future elections. In the meantime, four former presidents of the WFU have been co-opted on to the committee.

The WFU marks is 30th anniversary in October.