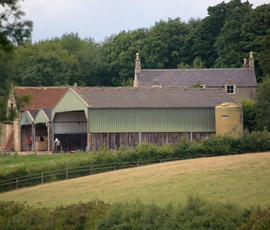 Farmers and rural landowners installing renewable heat technology in their homes will be able to apply for up to 19.2p/kWh in government support from spring 2014.

An extension of the non-domestic RHI, which has been up and running since November 2011, the domestic scheme will cover new projects, schemes installed since 15 July 2009 and any installations currently being funded by the Renewable Heat Premium Payment (RHPP) grant scheme.

“The RHI is designed to encourage householders to switch to renewable heat from traditional heating systems, in order to save money on bills, cut carbon and meet renewables targets,” said Dan Thory from Fisher German.

“Renewable heat can be very cost effective, especially for those living off the gas grid, and therefore is of particular interest to farmers and those living in rural areas.”

Edward Holloway from Knight Frank’s renewable energy team welcomed the news, but warned that the scheme would require homeowners to have a Green Deal assessment and meet minimum loft (250mm) and cavity wall insulation targets.