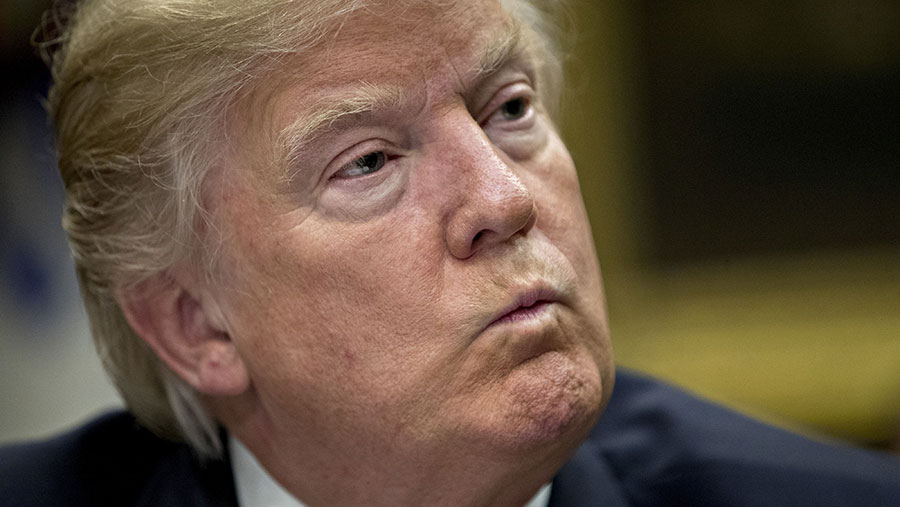 In a speech in Wisconsin on Tuesday (19 April), the president made a commitment to help US dairy farmers with the effects of Canadian trade protectionism. In the same speech he promised to deal with the North American Free Trade Arrangement (Nafta).

See also: Opinion – Let’s get the haggis back on American tables

The US president said he would stand up for dairy farmers, and would use a “sledgehammer” to demand fairer trade deals with all trading partners including Canada.

Mr Trump referred to Nafta as another typically one-sided deal against the US and said it would not be carrying on for long.

Get rid of Nafta

The president added: “Nafta has been a disaster. We’re going to make some very big changes or we’re going to get rid of Nafta once and for all.”

Trump’s willingness to scrap the Nafta agreement is a major concern for US dairy farmers.

US dairy trade with Mexico has increased by 558% since Nafta was introduced in 1994, according to the US Dairy Export Council.

Any amendments to the deal, which the president has described as the worst in US history, could deal a hammer blow to the industry where overproduction is at record levels.

In the first eight months of 2016, 195 million litres of milk was poured away or discarded in the US and there is currently a cheese surplus of over half a million tonnes according to US Department of Agriculture figures.

Canadian farming representatives have told the US to take responsibility for its own dairy overproduction, and not blame Canada for its industries’ woes.

This was in response to repeated claims from the US that Canada’s protectionist policies of controlling milk production and having high import tariffs on foreign dairy products were unfair for competition.

“We don’t feel good about US farms going out of business,” said Isabelle Bouchard, director of government relations for the trade group Dairy Farmers of Canada.

“But you know what? It’s not our responsibility.

“It’s your own responsibility, as a country, to manage your production.”

Ms Bouchard added: “We are a nation of 36 million people, less than the population of California.

“How do you expect us to [consume] your over-supply of milk when we already produce milk for our market?”