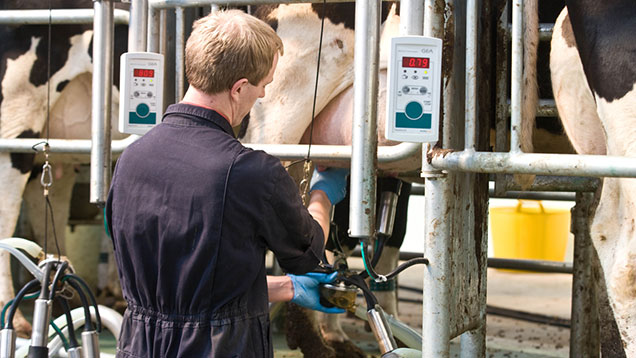 The EU should forget about bringing back milk quotas and the dairy industry must cope with volatility, experts from around the world agreed.

Speakers at the Dairy Industry Newsletter conference said last year’s milk price crash was part of a “new normal”, in which prices will swing sharply.

Mr Anton said the end of quotas offered a new start, with no new restrictions and the EU looking in the long term.

“No doubt we need milk volume management. Every farmer has to manage his volume and in the best of all worlds he will manage that in negotiation with his processor,” he said.

“The EU Commission can work on avoiding crisis situations and reducing their impact on the sector.”

Carlos Martin Óvilo from the European Commission’s agriculture directorate said farmers were currently facing what was more a major price correction than a crisis.

He added that quotas had been removed, but the CAP and crisis measures were still in place.

“It is now the producers and the sector overall that are taking the steering wheel and will run in the market. But of course we keep the safety net,” Mr Óvilo said.

Benoît Rouyer, director of economic and regional affairs at the French Dairy Inter-branch Organisation, pointed out that the end of quotas had not led to a “dairy tsunami” in Germany, the continent’s biggest producer.

He said higher exposure to volatility was counterbalanced by improved competitiveness.

But she said different forms of compulsory production management were not the answer, as it was impossible to regulate everyone in a global market.