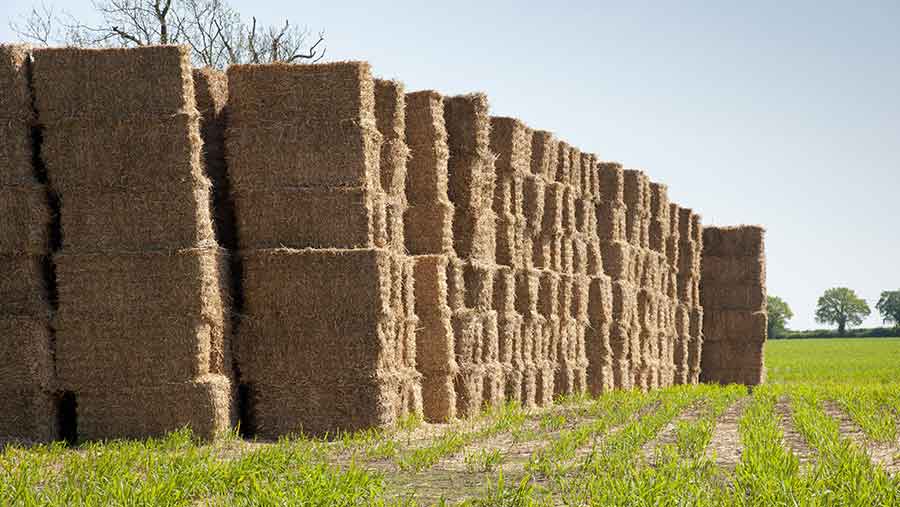 The UK’s largest power station is to stop buying miscanthus from UK growers from next year. The company is also reviewing its straw contracts.

Drax Power wrote to more than 70 contracted growers late in July to confirm it will end its “Green Shoots” programme, with direct miscanthus supply contracts being transferred to specialist company Terravesta, which will honour existing terms and conditions.

“Given the recent removal of support for renewable technologies, including biomass, Drax faces significant financial challenges,” the power generator told Farmers Weekly. “As such, all parts of the business are under constant review, and that includes the Goole Pellet Plant and the contracts we have with our four straw suppliers.”

Terravesta and Drax have worked closely for a number of years, with Terravesta supplying miscanthus to Drax. Terravesta also has a 12-year contract to supply the Brigg Renewable Energy Power Plant with 25,000t of whole bales annually, plus another 10,000t going to fuel for biomass boilers and livestock bedding.

Terravesta’s business development manager Alex Robinson acknowledged the Drax decision was a blow to the sector, but was confident there remained a strong and expanding market for UK miscanthus.

While Terravesta would honour existing Drax contracts, which were mostly for three years, he encouraged growers to switch on to the firm’s long-term contracts, which offered terms on a par or slightly better than the Drax agreement depending on location and would put them in a “strong” position for the future.

Unlike Drax, which sources miscanthus to turn into pellets for burning, Terravesta uses whole miscanthus bales, so can afford a slightly higher moisture specification, he points out.

Agreements are index-linked and vary from five to 10 years. This year’s price for a long-term miscanthus supply contract is £74.57/t, delivered to Brigg, equivalent to around £63-£66/t after haulage costs. Drax contracts were on an ex-farm basis.

Mr Robinson adds: “In the future miscanthus hybrids grown from seed, rather than the traditional rhizome, will mean cheaper establishment costs, higher yields, better returns, more markets and ultimately an excellent long-term future for the crop.”

Figures from Drax’s 2015 annual report show just 2% of all biomass came from the UK in 2015, with three-quarters coming from by-products of US and Canadian timber industries. Some 39,000t of UK-grown miscanthus and 47,000t of straw were co-fired in the power station last year.