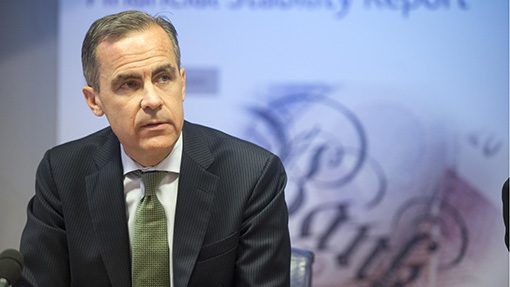 Governor of the Bank of England Mark Carney said the 0.5% benchmark rate could increase “sooner than the markets currently expect” in his annual Mansion House speech in London.

Before the speech, most financial institutions predicted a rise at the start of spring 2015, with many now expecting an increase by February.

But Mr Carney also said there was no set course on when rates would be raised and any changes would be “gradual and limited”.

NFU economist Anand Dossa said a rate rise would push up borrowing costs across the agricultural sector, after strong investment in the past three years.

“If you want to borrow, banks are still lending to farmers, but they are being more stringent with criteria,” he said.

“Make sure you have a sound business plan in place and make sure you can justify what you are borrowing.

“That plan should factor in a rate rise at some point – more so now we have an indication of when that might come.”

Speaking at Cereals on Thursday, HSBC head of economics Mark Berrisford-Smith said: “Rates will go up – the question is when.”

See also: Budget 2014: What it will mean for farmers

Economic recovery was under way, but the challenge was keeping it going, he said. “We risk a housing bubble or inflation if we leave it too long to put rates up.”

Unemployment was falling to what could be considered “normal” rates and the retail environment was brisk, even if people were spending their money differently.

Mr Berrisford-Smith said borrowers should watch for signs such as changes in the Bank of England’s forward guidance on interest rate policy.

Unemployment, which the latest statistics on Monday showed had fallen to 6.6%, was another key indicator to watch.

He said the bank had named an “equilibrium” rate of 6-6.5% – so once unemployment reached 6.5%, the bank’s monetary policy committee (MPC) had to make up their minds or say something.

“If it goes towards 6%, then you can expect a rate increase.”

Mr Berrisford-Smith added the nine-member MPC were currently unanimous in voting to keep the base rate at 0.5%.

It needed five members to vote in favour for rates to change.

“Some will break ranks, so once there are two or three voting for a change and the guidance has gone, stand by your beds – it could happen at any time.”