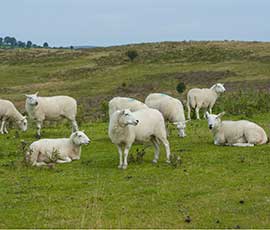 A new EBLEX report shows the top third of non-SDA sheep producers are achieving a net margin £30/ewe higher than the average.

In both lowland and less favoured area (LFA) breeding flocks, higher output accounted for more than a one-third of the net margin difference between the average and the top third, according to the EBLEX Stocktake report.