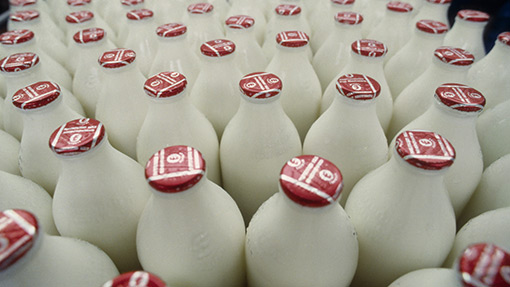 Eight European countries face thousands of pounds in fines for bursting through their milk quota.

The nations face a combined superlevy of €409m (£322m) for exceeding their limits for milk deliveries in the 2013-14 production year.

Europe’s biggest producer, Germany, must pay €164m (£129m) for going 1.9% over its quota, while the Netherlands received a €133m (£105m) punishment for breaking its limit for both deliveries to processors and direct sales.

But across the EU, total milk deliveries were 4.6% under quota, compared with 6% a year earlier.

Milk quotas will be abolished across Europe in April 2015.

Another strong year of milk production across the Continent and the rest of the world is putting heavy pressure on dairy commodity and farmgate milk prices.

Latest DairyCo figures show that in July this year, 12.4bn litres of milk were delivered to dairies in the 28 EU states – 4.5% more than in the year before.