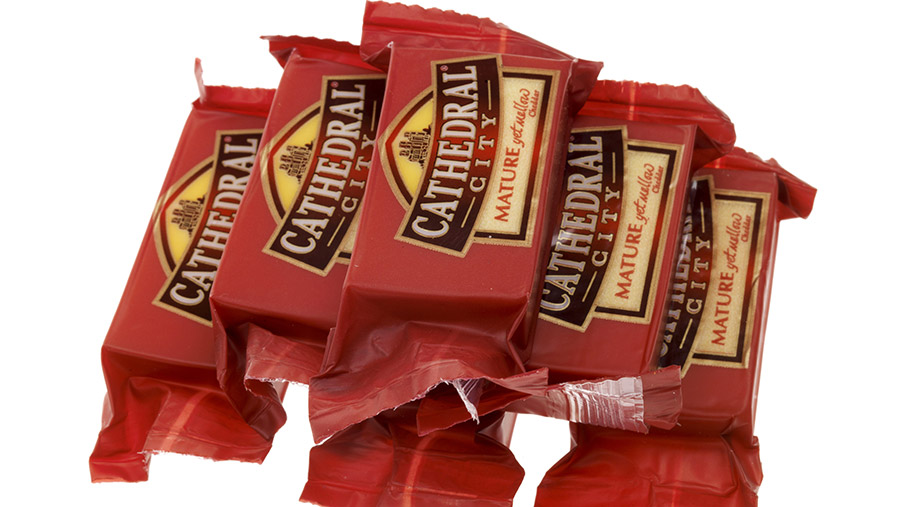 The Dairy Crest brand name will be replaced by Saputo Dairy UK from July, its new boss Tom Atherton has confirmed.

The name change follows the acquisition of Dairy Crest by Canadian dairy processor Saputo in a deal worth almost £1bn in April.

But Mr Atherton said there were currently no plans to change the name of Dairy Crest Direct – the producer organisation of 330 south-west dairy farmers – which supplies the milk used to produce its Cathedral City and Davidstow cheddars.

See also: Video: So you want to… sell milk direct from farm?

He also revealed plans to increase cheese output from 50,000t each year at its Davidstow factory to 77,000t in the next few years.

And Mr Atherton said this would involve a deeper relationship with existing dairy producers – and potentially the need for new milk suppliers.

“I’m really proud of our relationship with Dairy Crest Direct – it’s going deepen and carry on,” he told Farmers Weekly.

“All our milk producers are located within 80 miles of our Davidstow factory in the South West.

“The Dairy Crest Direct name will move under the Saputo umbrella.

“That relationship is incredibly important to us. It underlines our company. That strategy does not change.”

“As that side of the business grows, we will want more milk. Cathedral City is a big, profitable brand,” he added.

“My priority would be existing farmers first and allow them to grow with us.

“But there is potential to take some new farmers on.”

Mr Atherton said Saputo would also be looking to export its UK-produced cheddar cheese brand across Europe, the US and Canada.

Saputo is one of the top 10 dairy processors in the world, with production facilities in Canada, the US, Argentina and Australia.

The company produces and retails a wide range of dairy products and it prides itself on high-quality cheeses.

Mr Atherton, who has worked for Dairy Crest since 2005, was recently appointed president and chief operating officer of Saputo’s newly-formed Dairy Division (UK).

He is replacing long-serving Dairy Crest chief executive officer, Mark Allen, who will remain at the company until July to ensure a smooth transition.

A short history of Dairy Crest

Dairy Crest was established in 1981, as the milk processing arm of the Milk Marketing Board.

In 1983, the company launched Clover, its dairy spread.

In 1995, the company acquired outright ownership of Cathedral City cheddar, which has gone on to become the nation’s favourite cheese brand.

In 2004, Dairy Crest completed a major expansion of the Davidstow creamery completes, increasing its cheddar-making capacity to about 50,000t/year.

The sale of its dairies business to Müller in 2015 enabled Dairy Crest to reposition itself as a branded, high-growth company.

Dairy Crest Group Plc was acquired by Canadian dairy processor Saputo in a deal worth £975m on 15 April 2019.