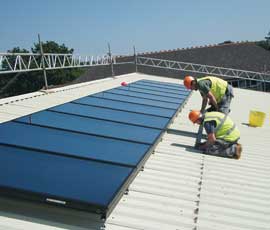 Electricity bills could rise by up to a third over the next eight years as homes and businesses are left to foot the bill for the government’s energy and climate change policies, according to a new report.

The Shortfall, Rebound, Backfire report by consultants Renewable Energy Forum said electricity prices could rise by 27% for domestic households and 34% for medium-sized businesses by 2020. For gas, the predicted increases were 7% and 11% respectively.

REF accused the government of misleading people by claiming that greater adoption of energy efficiency measures would offset those higher energy prices. The report said just 35% of households would have lower bills as a result of the net impact of government energy policies, leaving 65% worse off. Government had previously suggested that average household bills would be 7% lower than they would have otherwise been by 2020.

The report said the Department of Energy and Climate Change had been “overly dependent on extremely optimistic assumptions” about the impact of policies to improve energy efficiency of domestic appliances, as well as the impact of Smart Meters and the wholesale prices of renewable energy.

“There are several manifest failures of statistical propriety and methodological clarity in DECC’s work,” said John Constable, one of the report authors. “The misleading use of an ‘average’ household is a classic example of the deceptive statistics.”

REF said the Office of National Statistics should validate DECC’s estimated price impacts and prepare a comprehensive assessment of the economic impacts. Where public policy was funded by a levy on energy bills, the report said it should be a legal requirement to regularly report verifiable data on the costs to consumers and include information about the costs of environmental policies on household energy bills.