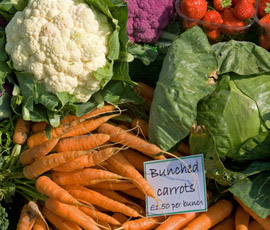 European rules on organic certification and the potential risks posed by genetically-modified crops are to be reconsidered as part of an EU Commission review.

The commission is due to start work on an organic roadmap in September, which could pave the way for an update of the EU’s regulations on organic farming, which were agreed in 2007.

The roadmap is expected to look at several policy areas, including enforcement and monitoring of organic foods certification and labeling, as well as setting international standards on organic production in trade matters.

The review is also likely to look at the effect of genetically-modified seeds on organic production, with particular focus on cross-fertilisation of GM and non-GM crops.

The International Federation of Organic Agriculture Movements welcomed the upcoming roadmap as a potential to strengthen the sector.

“The commission’s review of the legislative policy and framework for organic food and farming provides the opportunity to build on the success of the organic sector,” Christopher Stopes, IFOAM EU president, told the European Organic Congress in Lithuania.

“These must shape the development of the organic regulation in a way that enables expansion – more land organically farmed, more organic food eaten by all European citizens.

“This bold ambition depends on innovation and well-informed development. A new organic action plan can lay the foundations for this while the new CAP is implemented and new legislative proposals for organic regulation are made.”