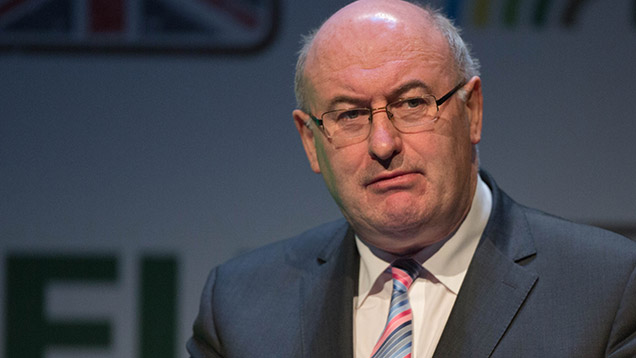 EU farm commissioner Phil Hogan has refused to admit the dairy sector is in crisis, when challenged by MEPs.

The commissioner has been criticised for claiming in January that milk prices were holding up well and there was no dairy crisis.

In Monday’s debate he said May’s average EU price of just more than 30 cents/kg (21.3p/litre) was a reasonable return for many producers.

Mr Hogan said there was a big difference between countries but the Commission had a complete toolkit of measures to help farmers.

This included €820m of subsidies linked to production, private storage aid, the new milk market observatory, compulsory contracts in some states, and the option to set up dairy producer organisations, he said.

“While I accept there are short-term difficulties being experienced in the milk sector, I believe we should concentrate our energy on helping the European dairy sector reap the full benefit of long-term positive prospects in terms of world consumption,” Mr Hogan said.

The Strasbourg debate focused on Mr Nicholson’s report into the roll-out of the EU milk package, a raft of measures introduced before the end of quotas this spring.

The Ulster Unionist Party MEP set out his key findings, noting that volatility was “wreaking havoc” among dairy farmers.

Mr Nicholson called for a raise of the current 15p/litre intervention price, at which authorities step in to buy excess dairy products.

He said the safety net needed to reflect real production costs and market prices. The Commission should also keep working on new export markets after Russia’s trade embargo and deal with the supply chain imbalance between producers, processors and retailers.

“The continuing fall in prices can no longer be dismissed as a blip. All the indications point to a dairy sector in crisis,” Mr Nicholson said.

“Dairy farmers cannot wait until next year to see things turn. The Commission must act now.”