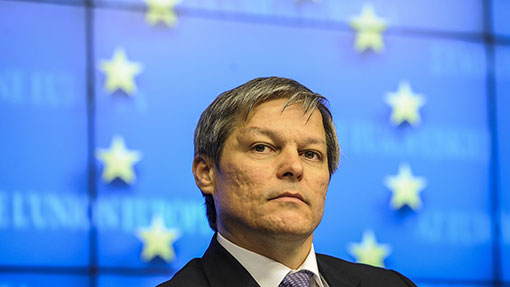 Emergency European cash is being lined up for dairy farmers in four countries suffering from Russia’s ban on Western food imports.

Farmers in Finland and the three Baltic nations – Estonia, Latvia and Lithuania – could receive compensation from the EU after their milk prices fell 20-25% over the summer.

These countries were picked out for aid as more than 15% of their dairy exports went to Russia before President Putin introduced the ban in August.

Speaking after a meeting of European farm ministers, agriculture commissioner Dacian Ciolos said there was support in principle and all countries agreed to show solidarity with those worst affected.

“If we do not manage to provide the compensation for those countries and producers that depend significantly on Russian exports, they may go bust some time in the next six months, because they will not be able to change their export flows and save their farms,” he said.

The dairy sector has been one of the worst affected by Russia’s ban, with the country buying almost one-third of EU cheese exports and one-fifth of its butter in 2013.

Slipping global commodity markets, under pressure from booming production and weaker demand, have added to the crisis.

In response, the European Commission upped its market monitoring and opened a scheme that paid dairy companies to keep cheese and milk powder in storage for several months.

At the Farm Council meeting on Monday (13 October), there was general support for direct compensation, but countries including the Netherlands, UK, Ireland, Germany and France raised questions about where the money would come from and how it would be targeted.

Mr Ciolos said at this early stage it was more important to agree the general principle before explaining finer detail.

“When there is a crisis, when the markets are under pressure, we have to react,” he said.

“What is important for farmers is that they know the commission is able to take the measures.”