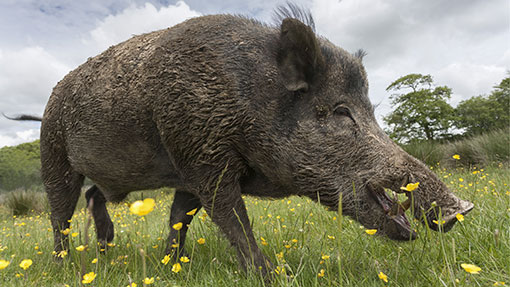 The EU has challenged Russia’s ban on European pork imports at the World Trade Organization (WTO), claiming it is damaging the pig industry.

Talks between Brussels and Moscow have come to nothing, set against the backdrop of tension over Ukraine’s future.

Both sides can avoid legal action if they reach an agreement within 60 days, but after that the EU can ask the WTO to set up a panel to rule on the ban’s legality.

“Europe will defend its pork producers and in this respect has no choice but to pursue the case at the WTO,” he said.

The ban was put in place on 28 January after African swine fever was found in Polish and Lithuanian wild boar.

About a quarter of EU pork exports go to Russia, worth about €1.4bn (1.2bn) a year, so the extra pork staying in Europe caused prices to tumble.

Scottish MEP and agriculture committee member Alyn Smith said it was disappointing the EU had been forced into this measure.

“Russia’s refusal to accept pork imports from vast areas entirely unaffected by the disease is an outrageous case of double standards, which is having a major impact on the European pig industry,” he said.

“Russia has reported over 600 cases of African swine fever domestically since 2007 and has at no point decided to close its entire market to domestic pork products.

“Moreover, that have been suggestions that the disease may actually have spread to Europe from Russia, via Belarus.”