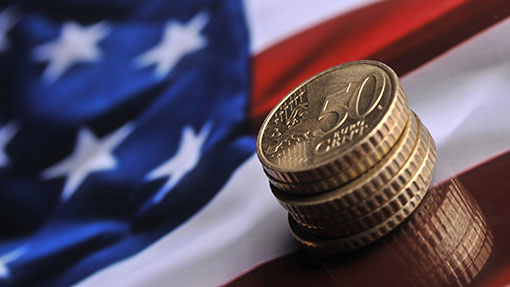 A huge EU-US trade deal currently being negotiated could harm the EU’s beef and poultry sectors and create a general “race to the bottom” in standards, says a new report.

Competition from cheaper US imports, an unlevel playing field of regulations, and a lowering of standards on food safety and environmental protection were found to be risks of the Transatlantic Trade and Investment Partnership (TTIP).

The findings came from the EU’s own research, produced by the Directorate General for Internal Policies, which assessed the risks and opportunities to agriculture from the deal.

The news comes just four months after a report by the European farming union coalition Copa-Cogeca, that an EU-Latin America trade deal (the Mercosur Pact) would flood the EU with cheap American beef and cost the industry €9bn .

However, other agricultural sectors faced potential opportunities from the deal, in particular dairy and more high-value goods such as processed foods and those with PGI status.

European farmers in several different sectors would face “considerable” competition from US producers, who had lower costs and regulatory requirements, said the EU’s report.

This would be particularly severe in cases where the EU had high tariff protection and where the USA had a production cost advantage.

“This is a potentially severe problem in the beef sector, with potentially far-reaching social and environmental consequences or some EU regions specialised in suckler cows and grass-fed veal production,” said the report.

The US wheat and corn sector is also much more cost-competitive than EU equivalents, largely due to scale and cheap land.

In poultry, the USA has so far faced restrictions on exporting chlorine-treated meat to the EU, but if this restriction was lifted, European poultry farmers could face up to US$300m (£185m) worth of American poultry entering the EU market.

If convergence on regulations was not part of the deal, EU farmers would be disadvantaged as they face more restrictions than US farmers on issues such as animal welfare, biotechnology, chemical use and the environment.

Race to the bottom

If, however, a regulatory convergence did happen, this could result in the EU’s internationally recognised high standards being lowered.

In general, the USA does not have high tariffs on agricultural products, but there are a few sectors, such as dairy, where tariffs have been high. If TTIP were to remove these barriers, the EU’s strong dairy industry could gain cost advantage against other competitors such as New Zealand.

Processed foods such as speciality meats and wine could also gain greater access to the US market.