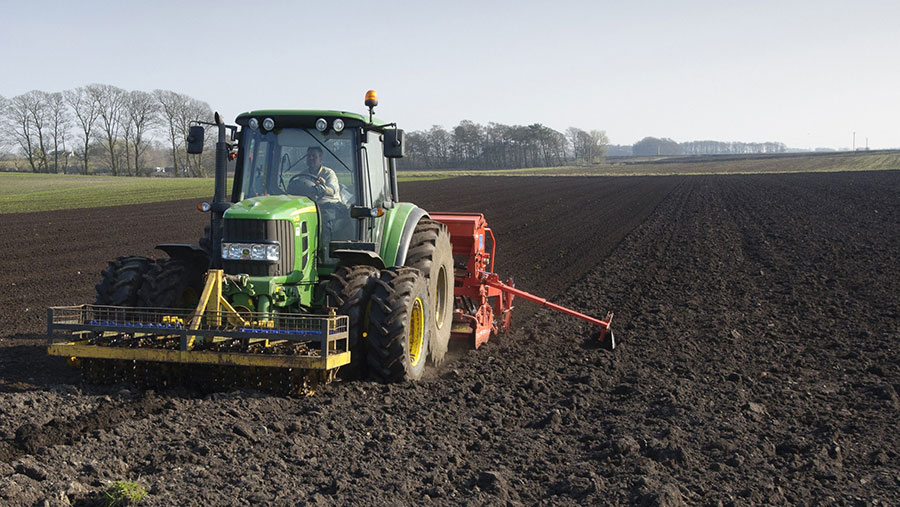 Farm minister George Eustice has written to the European Commission to request a UK-wide exemption from the three-crop rule for 2018.

The three-crop rule is an EU requirement for farmers with more than 30ha to grow at least three different crops every year.

The severe weather the UK experienced this winter has affected farmers in several ways, including their ability to meet this element of the CAP crop diversification requirements, given much of the main sowing period was characterised by heavy rain and snow.

Through no fault of their own, farmers in many areas have been unable to sow the crops they had intended to grow, especially spring cereals.

The recent improvement in weather in will help for some, but does not make up for lost time in the critical planting period.

Ian Sands, chairman of NFU Scotland’s combinable crops committee, who also farms at Townhead, Balbeggie, Perthshire said: “Spring sowing is well behind in most parts of Scotland – up to three weeks in our area.

“There are still fields to plough that have been too wet after potatoes. The seed drills started again last week, in far from ideal conditions, but time is moving on.”

Mr Eustice has written to EU farm commissioner Phil Hogan to request the exemption on behalf of England and the devolved administrations.

He said: “We have listened to the concerns raised by farmers and their representatives about the challenges caused by the recent weather conditions.

“With the help of the devolved administrations, we have put forward a detailed case to the European Commission for a derogation from the CAP’s crop diversification requirement.

“Farmers will be making their final cropping decisions in the coming weeks, and we hope the commission will inform us of their decision shortly so we can provide them with clarity.”

Early clarity on this requirement from Mr Hogan will allow farmers to make practical decisions that are in the best interests of protecting their soil in these difficult conditions, rather than seeking to meet an inappropriate EU requirement or face reductions in their subsidy payments for non-compliance.