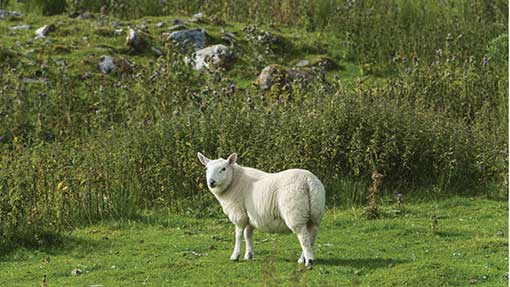 The prospect of £110m worth of extra coupled payments for Scottish farmers has been put back on the CAP negotiating table after it was revealed that a new solution to the on-off saga is being discussed in Brussels.

It is understood that the European Commission is prepared to rewrite the rules on regionalisation to allow part of the CAP to be administered at regional level and part at member state level.

It is now up to the UK and Scottish governments to reach political agreement on such an arrangement.

NFU Scotland president Nigel Miller said the commission had been embarrassed over last week’s U-turn by EU Commissioner Dacian Ciolos following a legal interpretation of the rules, and his officials were now “bending over backwards” to help Scotland.

“It could still go belly-up but in theory it should work if DEFRA and the Scottish government can agree on detail,” he added.

“At the moment the indications are they will and we’re optimistic that this is an important milestone.”

But he added: “Further work is now needed at a technical level before it’s clear whether a solution is feasible and my officials will seek to take that forward as quickly as possible.

“Any solution must of course be acceptable to the commission and must also be agreed to by the UK government. But this week’s meeting has been encouraging and I hope that we get a resolution shortly.”

In the new CAP arrangements, the EU set a coupled payment rate of 8% for each member state to help those farms in fragile areas.

But the Scots hope to be given a higher rate of 13% because England did not take up its full allowance.

Higher coupled payments are seen as a lifeline for Scottish beef and sheep producers, especially those in the hills who need the support to maintain production in fragile farming areas.