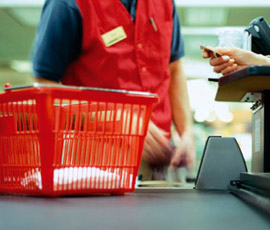 Interpol has smashed an illicit food trade network in Europe which has sold €220m worth of fake organic products in four years.

The international police force has made seven arrests and seized 2,500 tonnes of produce destined for organic markets.

The investigation was led by the Italian force which reckoned that 700,000 tonnes of food had been marketed as ‘organic’ in 10 countries across mainland Europe since 2007.

The quantity represents about 2% of the total EU organic production. Britain was not among the countries which imported the food.

Raw materials were bought in Romania and Bulgaria and the certified illegally as organic by Italian food traders and exporters. Chief executives of food companies were among those arrested.

President of international organic body IFOAM Christopher Stopes said, “There is no space for criminals in the organic sector, who think that fraudulent business is the way to make easy money”.

“Their activities undermine the good work of many of hundreds of thousands of organic farmers and businesses throughout Europe”.

A Brussels’ official said the food was “not subject to any manufacturing quality controls” and “could represent a health risk”.

“The high number of counterfeit and substandard food seized is worrying and it shows the need for close cooperation among law enforcement agencies to stop criminals active in this type of crime”, he added.