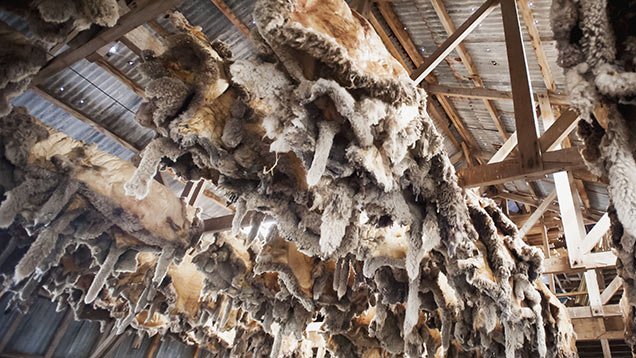 An AHDB Beef and Lamb report said the average skin price for export was £4.17 in April, down 9% on the year and about half 2013 levels.

Processors have reported prices as low as £3 a skin in recent weeks.

Almost all skins from the 15m sheep the UK slaughters each year are exported, with 69% heading to China in 2014.

The levy board said stricter environmental rules meant many Chinese tanneries were being closed down, cutting capacity for processing.

Demand for finished products was also falling, particularly in China and Russia.

Slower Chinese economic growth had reined in spending, while the weakening rouble had made foreign products more expensive for Russians.

“This all comes as bad news for lamb producers as it reduces returns, which are already low as lamb prices are also under pressure,” the report said.