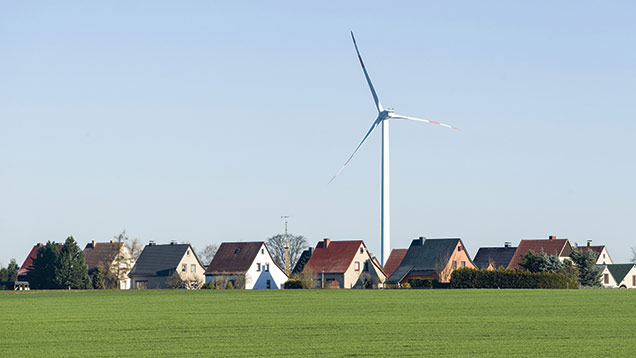 A series of policy blows since the Conservatives came to power have fuelled uncertainty among investors in renewable energy. But despite shaky political support, there are still opportunities for farmers and landowners.

The past three months have undoubtedly been a turbulent time for the renewable energy sector.

First there was the early closure of the Renewables Obligation (RO) for onshore wind projects, then changes to the National Planning Policy Framework, making obtaining planning permission challenging, some say nigh-on impossible.

This has been followed by the removal of the Climate Change Levy (CCL) tax exemption for renewables, and most recently, proposals to end RO support for sub-5MW solar and axe pre-accreditation for Feed-in Tariffs (Fits) (Business 31 July).

Add in ongoing uncertainty about the FiT review this autumn, speculation about the future of the Renewable Heat Incentive (RHI) beyond April 2016, continuing tariff degression and delays to the next Contracts for Difference (CfD) auction, and you’d be forgiven for thinking renewable energy was being consigned to the past.

But there are still opportunities in all sectors, albeit with less lucrative returns.

The wind sector has had a particularly tough time due to the Conservative pledge to “halt the spread of onshore wind farms” by ending subsidies for new installations and giving local communities the final say on windfarm applications.

It is making life harder for developers of all types of wind project, yet Mark Newton, head of Fisher German’s renewable energy sector, says there are still companies prepared to take on new projects.

A few are identifying sites and undertaking pre-planning surveys now with a view to submitting planning applications in five years’ time, when there could be a new, more supportive government and potentially lower costs, he says.

Indeed, better turbine efficiency at all scales is helping to partially offset reductions in support, although not to the same level that solar has benefited.

Endurance also says it has a new 225kW turbine coming to market that offers power generation “within two pence of grid parity”.

But while technological efficiency will continue to improve, there is a limit as to what can be achieved with traditional turbine designs, manufacturer says Lely’s Rob Shepherd. He believes mind-sets have to move away from using renewable tariffs to make money to focus instead on energy savings and matching generating capacity to consumption.

“There’s little doubt that subsidies will continue to fall and are likely to disappear altogether in the next 5-10 years.”

Despite criticism for being anti-renewables, the government insists it is committed to addressing climate change and supporting low-carbon technology. It predicts renewables will provide over 30% of Britain’s electricity by the end of this Parliament, compared with 22% in the first quarter of 2015.

However, it warns this must be done in a “cost-effective” way to keep energy bills as low as possible. The Levy Control Framework, which is a capped pot of money to support the growth of low-carbon energy paid for through energy bills, will have provided around £40bn by 2020. Projections suggest a £1.5bn overspend by 2020, which is why proposals to control costs have been introduced.

Government plans for the LCF beyond 2020 are due to be set out later in the year.

He acknowledges this, together with planning issues and an ageing grid infrastructure that is costly to connect into is making it very tough for the UK wind sector. But he insists there are opportunities for farmers, notably in smaller, simpler turbines that are easier to get planning approval for than larger ones.

Inevitably payback will be longer than in the past, so a long-term view of energy security is needed, he says. Payback for small turbines, such as Lely’s 10kW model for example, is already around 10-15 years, depending on factors such as the level of on-site energy use, average wind speed and grid connection costs. However future advances in energy storage could improve that, he notes.

In countries such as Germany, where support is lower than the UK at 9c (6p)/kWh, Mr Shepherd says there is more focus on supporting farm-based turbines that closely match generating capacity to on-site consumption. Generators now have to pay a tax on surplus electricity exported to the grid over a certain threshold, planning applications are looked on more favourably and grid connection is less costly, he says.

The wind sector also highlight polls that suggest two-thirds of the public still support wind generation, with the main opposition from a relatively small, but vocal minority.

Although there has been a lot of negative news surrounding solar, Sonia Dunlop of the Solar Trade Association says there are still a number of options for farmers and landowners looking to invest.

Given the government’s commitment to commercial rooftop solar, this is the most likely opportunity for those with suitable farm buildings, and should continue to benefit from FiT support, she says.

See also: Race is on for farmers to complete solar projects

There may also be opportunities for those developing larger community-based schemes, or from solar developers that can secure funding via the CfD auction system. “Solar farms are not necessarily dead, so it’s still worth talking to developers to see what’s possible.”

Solar has also benefited from considerable cost reductions, which are likely to continue and could make it competitive with traditional forms of energy by 2020, according to a recent report (Business, 31 July).

“With stable support, solar farms could be delivering electricity at the same price as gas power stations by 2018,” notes Ms Dunlop.

Smaller-scale solar (up to 250kW) and roof-mounted systems still offer reasonable returns for farmers, especially where there is a large on-site electricity demand, says Mr Newton. This will be even more important if Fits are further reduced when the scheme is reviewed this autumn, he notes.

There is very little new development within the AD sector, apart from Fits projects that have pre-accredited and are trying to convert to full accreditation within their 12-month window and RHI projects that can guarantee commissioning before the end of this budget period on 31 March 2016, says Lucy Hopwood, NNFCC (Bioresources) lead consultant.

“No new developments are likely to come forward until the outcomes of the current [Fits pre-accreditation] consultation, the Fits review and the RHI budget for the next four years are announced as part of the comprehensive spending review in November.”

The removal of the CCL and Levy Exemption Certificates is squeezing AD returns further and adding to the nervousness among lenders, says Cath Anthony from Bidwells.

But with legally binding heat targets to meet, there is an expectation the RHI will remain in some form beyond 2016, so developers are still progressing new projects to a point, she says. “They are not spending large amounts of money until the outcome of the Fits review and RHI funding is known though.”

As with any project, she says it is vital to carry out robust sensitivity analysis to see how different support levels affect returns and payback and examine the “worst case scenario”.

She also advises farmers to be cautious of AD developers looking to use current policy uncertainty to push down site rents or contract prices for feedstocks.

The role of AD in waste management and greenhouse gas abatement is a further selling point for the sector and may help create opportunities, particularly for smaller farm-based projects utilising livestock manures and slurries, or those offering community involvement, she says.

“But if the banks see it [AD] as a riskier investment, farmers may increasingly have to go down the project finance route, where lenders are more used to the risk.”

Gas-to-grid plants have proved popular, with a four-fold increase in the past year, she notes. This may be an option for sites close to a mains gas supply and where electrical grid connection is problematic.

Ironically, the support issues threatening many new energy projects could open the door for other renewable developments where grid capacity becomes available from projects that fail to get built says Mr Newton.

Distribution Network Operators (DNOs) are increasingly looking to reclaim grid offers where developers fail to show projects are advancing, he says. “Grid availability is constantly changing, so it’s worth reapplying every so often.”

For example, Western Power Distribution (WPD) has committed to identify slow-moving schemes, review the status and, if required, withdraw them to free up capacity for other developers.

Its connection offers now include a number of “milestone clauses” the developer is expected to meet that allow WPD to modify or withdraw the offer as appropriate. Milestones are based on obtaining planning consent, starting site works, and completion of the connection, typically phased over a two-year period.

“We seek to maintain regular contact with developers to discuss the progress of their project, which includes checking these milestones,” says a spokesman.  “Should a milestone be missed, we will consult with the developer and ask them to provide evidence to demonstrate the scheme is progressing. Having assessed the evidence WPD will either agree to modify the offer and extend the milestones or withdraw the offer.”