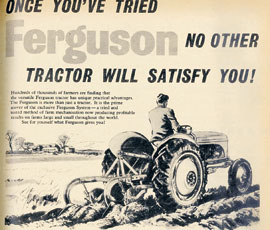 The value of English farmland has risen in value by 10,745% in the past 60 years, says Knight Frank.

“When Elizabeth became queen in 1952, the average price of agricultural land in England was £56/acre,” says head of rural property research, Andrew Shirley. It is now worth £6,073/acre, according to the Knight Frank Farmland Index — just shy of the record price of £6,156 achieved in June 2011.

A 29 acre small, mixed farm in central Suffolk, with attractive house, was for sale at less than £4,000 and an 80-acre mixed farm in Somerset, with house cottage and milking facilities, was valued at £12,500.