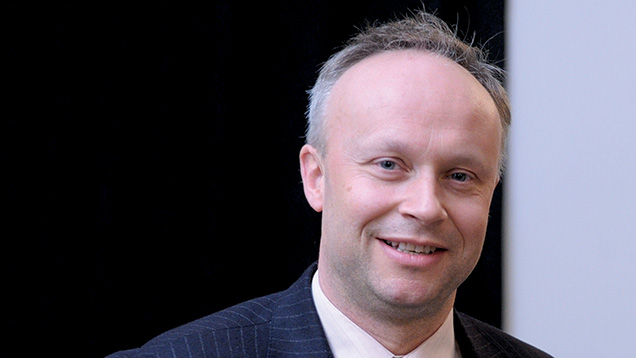 Two straw-fired Earthfire batch biomass boilers that power a continuous-flow grain dryer on the 750ha family-run arable farm. The boilers sit alongside a number of other renewable energy installations, including woodchip boilers, an 11kW wind turbine and a 50kW rooftop solar array.

Both boilers are owned outright, financed on a bank overdraft.

The 300kW boiler cost £70,000 to install and the 600kW boiler was £100,000. Mr Ramsay says most of the project cost was attributed to the boilers and associated pipework.

The first 300kW Earthfire RM01 biomass boiler was installed in 2010, about one year after the initial idea. This was followed by installation of the 600kW Earthfire RM03 boiler in 2011, although the latter did not receive RHI accreditation until 2013 due to Ofgem rule changes.

Typically both boilers run for one week and then take a night off to be cleaned out the next morning. This pattern is repeated, usually for about two months during peak season, says Mr Ramsay.

“On average the boilers run for two-thirds of the advertised rate. A 600kW boiler can be made to do 600kW with good fuel and perfect loading, but ours averages 400kW over a long season.”

Mr Ramsay says fuel costs associated with running the dryer have been cut by 70%. Using straw at £65/t equates to 2p/kWh, while red diesel at 64.8p/litre costs 6.3p/kWh.

Maintenance costs are fairly minimal, he says, with all of it done in-house by existing farm labour.

In addition to a 70% fuel saving compared to using red diesel, the boilers also qualify for payments under the Renewable Heat Incentive (RHI). This equates to 5.3p/kWh for the first 1,314 hours of operation, then the rate drops to just over 2p/kWh.

Getting the initial engineering design of the system right to ensure heat is used correctly in the grain dryer was the most difficult aspect, says Mr Ramsay.

The RHI application process was also difficult and there are still some ongoing problems, he says.

“I was initially a bit worried about the health and safety aspect of loading straw into a biomass boiler, but it’s actually proved to be fine.”

It is vital to understand the industrial processes involved in biomass boiler installations and use technology that is applicable to your own circumstances, he says. Using good-quality fuel is also important.

“Not really. The system works well with our grain drying system, which needs someone present all the time anyway. In hindsight, I probably would have put in slightly more capacity though, maybe two 600kW boilers rather than a 300kW + 600kW.”

One of Mr Ramsay’s key pieces of advice is to check the integrity of the firm supplying any equipment and to visit working systems first.

For RHI applications he suggests it may be worth employing a professional to handle the process.

“The system works very well, but the RHI process was troublesome and there were some engineering issues along the way.”