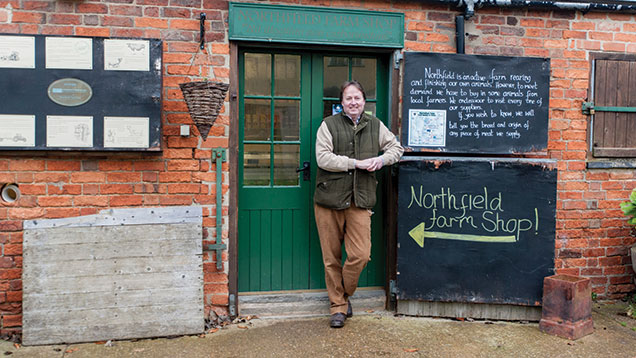 Last year, Farmers Weekly teamed up with E.ON to run the Farm Energy Challenge, in which two farmers attempt to reduce their energy bills. Following an independent audit in November 2013, they both implemented a number of changes on their farms, and now we’re back to see how they got on.

Like many dairy farmers, Tom Gribble (pictured above), who milks 180 pedigree Holsteins, was convinced his highest outlay was lighting. But the audit revealed that lighting made up less than 4% of his energy outlay, with water heating accounting for 40% and milk cooling 20% – lower than average due to the use of two plate coolers.

Jon Swain, E.ON’s independent energy consultant from Gateway, identified a number of steps that could slash Tom’s energy bills by 31% – almost £2,000/year. So how has it worked out?

“The major change was to install a heat recovery unit on the milk cooler to preheat the water for washing down,” says Tom. At a cost of £5,000, it should save about 10,000kWh in heating costs each year and improve milk cooling efficiency by about 10%.

Tom has also installed more efficient sodium lights in and outside the buildings, which is not only saving money but making spotting bulling heifers easier. “We used to have old strip lights, and the quality of light is so much better,” he says.

Another change has been to add more water storage, to conserve water used in the plate coolers.“We were losing 6,000 litres of water every milking, which is a bit embarrassing really – we were just chucking money away.

“And we’ve moved the parlour wash heating to Economy 7, which has saved another £614/year and hasn’t affected the way we run the farm at all.”

One of Jon’s recommendations – which could save about £1,600/year – was to wash down once a day with cold water rather than hot. “We haven’t done it yet as it’s not as effective without chemicals, but with the milk price where it is I think we need to take another look at that,” he adds.

Jan McCourt, who processes and sells his own rare-breed beef and pork, was aware that refrigeration was his greatest energy outlay, but wasn’t sure what to do about it. “I bought a lot of the units second-hand in 1997, and had no idea of the extent of advances in insulation and refrigeration technology,” he says. “I had bought a modern motor for my walk-in freezer but didn’t realise that the insulating box was like a sieve.”

Gateway consultant Andrew Kneeshaw reckoned refurbishing the freezer would halve annual running costs to about £900. But the recommended fridge specialist persuaded Jan to replace it altogether with an eco version that doubles the storage space at a fraction of the running cost. “It has been a godsend, as trade has been so much busier this year,” he says.

Having repaired the walk-in fridge motor numerous times, a final breakdown resulted in Jan replacing the fridge in the same way. “It’s probably cost us £10,000-12,000, but will be saving us about £1,500/year, plus we’ve got extra capacity and peace of mind,” he adds.

Other steps have included turning off water heaters when not in use, upgrading external lighting to LED, and installing energy monitors to flag up potential issues.

“When you’re working so hard to keep going, it’s easy for energy efficiency to drop to the bottom of the list,” says Jan.

“But focusing on it has really changed our mindset and I’d rather have the money in my pocket than anywhere else.”