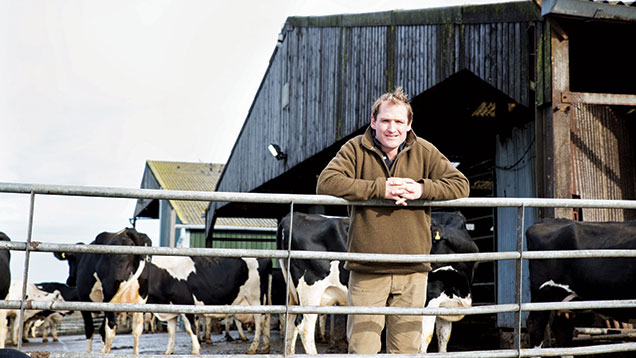 Over the past year, the two farmers taking our Farm Energy Challenge have slashed their energy bills – and now we’re urging the rest of the industry to do the same.

Time and again, research has shown that farmers can cut costs by adopting simple energy-saving measures – but does it really work in practice? Many farmers have questioned whether the hassle is worthwhile, which is why Farmers Weekly teamed up with E.ON to launch the Farm Energy Challenge – a series of features following two very different farms in their bid to reduce their energy bills.

On average, farm energy bills have doubled over the past 10 years, and according to a survey of almost 500 Farmers Weekly readers last year, nearly half reckoned rising energy costs were a key priority. Although the majority wanted to tackle rising energy costs, only 43% were confident in their ability to do so. “Worryingly, only 56% knew exactly where they were using their energy, with just a quarter using energy-monitoring tools,” says Iain Walker, head of SME sales and marketing at E.ON.

The survey also revealed a disconnect between farmers’ perceptions of where energy is used and where it is actually consumed. “Some 70% of respondents had changed their light bulbs to energy-efficient versions, and were switching off lights when not in use – and yet lighting only accounts for 6% of energy use on a typical farm,” says Mr Walker.

“By far the most energy used in agriculture is in heating, refrigeration and ventilation. It is only by getting a grip on exactly where you use energy that you can put a plan in place to start making serious reductions where it matters most.”

According to Andrew Kneeshaw, managing director of the Farm Energy Centre, which is working with E.ON under its Gateway business arm, the first step is to carry out an energy audit, and install smart meters to establish exactly where energy is being used.

“All industries are under pressure to become more energy efficient – and farming is no different,” he says. According to our survey, farmers use around 46,000kWh of electricity on average every year, costing almost £5,500 and producing around 20t of carbon dioxide emissions.

“But British farmers are already making great strides in producing more for less – over the past 10 years, large pig, poultry and horticulture producers have cut energy usage by 20-30% under the Climate Change Agreement,” says Mr Kneeshaw. “We are getting cleverer at what we do; energy efficiency is the next stage of precision farming.”

So how did our two farmers get on?

Tom Gribble (pictured above) implemented a number of changes at Charleston Farm, including installing a heat recovery unit on the milk cooler, switching to Economy 7 rates for water heating, and changing to more efficient sodium lighting. With a capital outlay of just under £5,500, he is saving £1,399/year in energy costs, due to a combination of cheaper night rate units and reducing energy usage by more than 6,650kWh/year.

And some changes haven’t required any outlay at all. “I took out some slats to improve the air flow around the condenser coils, and now clean them regularly, which should save another £206/year,” he says.

In future, Tom is also considering installing timer switches on his water heaters, and changing to one cold-water parlour wash a day. “With milk prices where they are, now isn’t a good time to invest, but having the energy audit has really made me look at things a bit differently. It’s easy to ignore the little things, but I’ve been really surprised at the savings we’ve managed to make.”

Livestock producer and food processor Jan McCourt is enjoying twin successes following his energy audit – not only has he slashed electricity costs, he has also doubled his cold storage by replacing the old second-hand units. “We spend £12,000-14,000/year on electricity – the fridges and freezers take an awful lot of powering,” he says.

However, recent advances in insulation and refrigeration technology meant it proved financially viable to upgrade both the fridge and freezer at a cost of £10,000-12,000, as the savings total about £1,500/year.

“We’ve also turned off the refrigerated display units in the shop as we realised how power-hungry they were; I subconsciously check the energy meters all the time, and we’re more careful about turning off the water heaters, which has to help.”

Without taking part in the Energy Challenge – and being referred to such a good fridge engineer, Jan is convinced he wouldn’t have had the confidence to make such savings. “It’s very difficult for small-scale businesses to take the time to focus on improving energy efficiencies; it always slips down the list.

“But making the time really has produced concrete results, and I would encourage other people to do it,” he says. “Any money that you’re saving is money you’re not putting in someone else’s pocket.”

To find out how we worked out these savings go to www.eonenergy.com/details

What you can do on your farm

It’s not just our two case study farmers who stand to benefit from the Farm Energy Challenge. All farmers can implement small changes with E.ON’s Energy Toolkit.

“It has been great to go on this energy-saving journey with the two farmers, who have made some big savings by implementing changes,” says Mr Walker.

“But we are also keen to help our other farming customers, so in early 2015 we’re launching a new and improved Energy Toolkit. It’s simple and intuitive and offers personalised and relevant information tailored to a business’ characteristics and needs.

“This will enable them to gain even greater insight into their energy consumption, allowing them to monitor buildings and audit their activities before implementing changes.”

Although most consumers initially consider changing tariffs or suppliers to reduce their bills, changing energy management has a far greater and longer-lasting effect, says Mr Kneeshaw.

“There is a law of diminishing returns when shopping around for better deals: You could make perhaps a 5% saving by changing tariffs compared to 20-50% savings through better energy management.”

Easy measures to reduce energy usage include turning off lights and equipment, insulating buildings, replacing inefficient equipment, and running grain dryers or heaters during off-peak times. “Of course, there’s no such thing as an average farming business, so the appropriate action will depend on the individual business.”