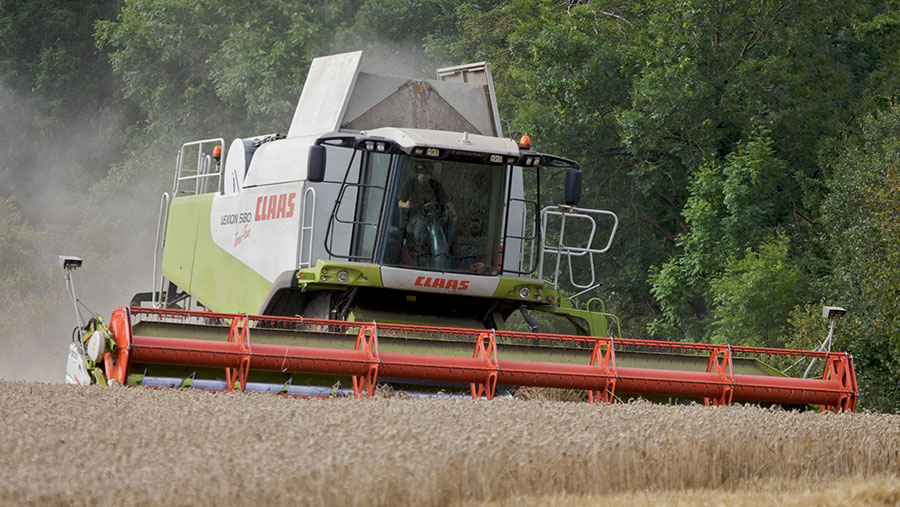 The importance of support payment to incomes on many English farms has been highlighted by figures from Defra.

The statistics, which cover the 2016-17 year, show that, on average, only general cropping, dairy, pig, specialist poultry and horticulture farms generated a positive return from their farming activities.

Although the average income on cereal farms was up 22% to £43,100, if the value of the Basic Payment, agri-environment payments and diversified income are excluded this translates to a loss of £14,300.

However, without the Basic Payment, green scheme payments and income from diversification these farm types would have lost £8,700 and £9,400 respectively.

The statistics from part of an update on farm business income (FBI) figures for the 2016-17 year.

In the same document, Defra has also doubled its estimate of farm business income for dairy farms.

The provisional results, released in February 2017, estimated the FBI for dairy farms at an average of £22,500, down 49% on the previous year.

However, Defra has updated its figures to show that average dairy incomes actually rose by 14% to £50,000.

Farmgate milk prices and production fell by about 5% and 7% respectively, but this was partially offset by a substantial increase in enterprise output driven by an increase in the closing value of cattle as prices firmed towards the end of the year.

Feed and fertiliser costs also dropped, while the output from diversification increased.

In line with all other farm types, dairy farmers also saw an increase in the value of their Basic Payment reflecting the weaker pound when the conversion rate was set at the end of September 2016.