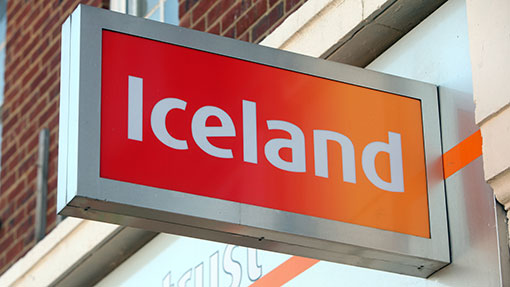 Farm leaders are demanding answers from Iceland Foods over its controversial decision to slash the price of a four-pint carton of milk to 89p.

The retailer has been strongly criticised for its decision to cut the price from £1 to 89p last week.

Farm lobby group Farmers For Action (FFA) said it was “disgusted” by the price cut and the NFU branded it “criminal”.

About 150 dairy farmers blockaded an Iceland factory in Warrington, Cheshire, on Thursday (16 October) to show their anger over the price cut.

Following the protest, FFA chairman David Handley said the Iceland senior management team had agreed to hold talks with him on Monday (20 October).

Mr Handley will hold a conference call with Iceland chief executive Malcolm Walker and buying director Nigel Broadhurst, when he will argue the case for two main issues for dairy farmers.

“First, we have got to convince them [Iceland] that if they can put some value back in milk, that will come down the supply chain very quickly and help farmers,” said Mr Handley.

“Second, we will be asking Iceland how we can work together going forward to stop British retailers subsidising what dairy farmers do.”

Mr Handley said he feared Iceland would blame budget retailers Aldi and for the reason why it cut its milk price. But he said this would be a poor excuse as neither retailer had replicated the cuts.

“Iceland will tell me they have lost footfall going into their shops. Therefore they have taken a £12.5m ‘hit’ by cutting the price of milk off and protecting 25,000 jobs,” added Mr Handley.

But he asked: “Why is milk being used as a loss leader to drive people into their stores? They sell frozen foods, why can’t they use those instead?”

Iceland has defended its 89p milk offer by insisting that farmers were still being paid the same price for their milk.

Mr Handley said: “They have got to show us that they have not cut the prices for farmers. I won’t believe it until I see the numbers.”

In other news on the milk price cuts, Mr Handley said dairy farmers could expect an announcement from one of the main milk processors by the end of this month, which would show that the recent FFA–led milk protests had been vindicated.

“There have been enough people that have stuck the knife in about our decision to protest. But let’s see what they say now?”

More protests were being planned against processors and retailers while no announcements were made to reverse the fall in milk prices, he added.

NFU dairy board chairman Rob Harrison said the NFU had always maintained that selling milk as a loss leader was “incredibly bad” for the dairy industry.

He added: “Dairy farming is really important to the economy and milk should not be devalued in this way.

“I believe Iceland haven’t cut the price they are paying their two processors. However, that doesn’t mean it’s right to be able to sell milk at this price. This race to the bottom of the retail price war is of real concern to the industry.”