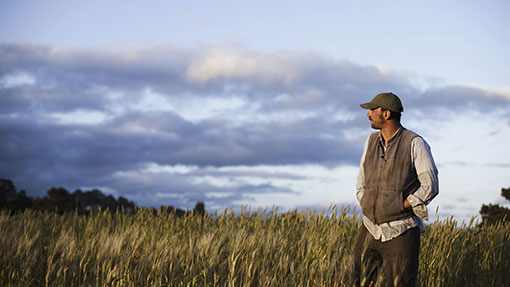 The Institute of Agricultural Managers (IAgriM) surveyed many of the same farm managers as it did in its last survey, and found a 6% (£3,093) increase in farm manager salaries compared with 2011, reflecting people’s growing experience and responsibility.

See also: Pay survey: Who gets what in the farm industry

Two thirds of those surveyed also received rent-free housing and other non-cash benefits, to the value of £12,600 on average. However, salaries still needed to increase to reflect the seven-days-a-week nature of the job and high level of skill, said Mr Cooksley.

However, a lack of entry-level opportunities and farm managers remaining in their jobs a long time, meant few young people were able to enter the profession. Deputy manager and assistant manager jobs didn’t exist in the numbers they used to, said Mr Cooksley. The survey also found 77% of farm managers surveyed were between 40 and 59 years old, and only 14% were below 40 years old, compared with 63% in 1969.

“Despite the rightful rewards, it is an ageing profession. The industry needs to attract new managers to cover the loss of those nearing retirement age.”
Richard Cooksley, director of IAgriM

“Despite the rightful rewards, it is an ageing profession. The industry needs to attract new managers to cover the loss of those nearing retirement age,” said Richard Cooksley, director of IAgriM.

There was also a lack of female farm managers, with the survey respondents being 100% male. “We have a huge problem in finding lady farm managers – I’m sure they are there, but most of our female members are consultants, not farm managers,” said Mr Cooksley.