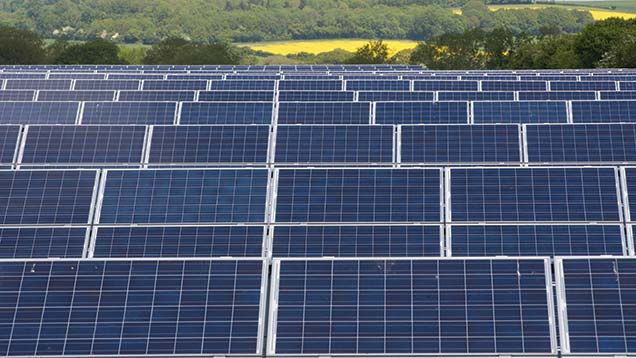 Investment in all types of farm-based renewable energy has been thrown into doubt by several surprise government announcements.

First, Renewables Obligation (RO) support for rooftop and solar projects of up to 5MW could be axed from 1 April 2016, in addition to a reduction in support for projects in the pipeline.

Second, proposals to change the rules on Feed-in Tariffs (Fits) for smaller projects are also likely to have an immediate impact on the development of farmer-owned projects.

The proposal here is the immediate removal of the ability to lock into a level of Fits support before a project is completed.

Pre-accreditation makes it possible to register a scheme and secure a definite level of Fits support once grid connection and planning consent have been secured.

This gives a developer up to six months for solar PV, up to 12 months for wind and anaerobic digestion and two years for hydro to secure funding and complete construction in the knowledge that support has been secured.

This announcement was likely to have a significant impact on the ability to secure funding, particularly debt funding, for AD and hydro projects, said Alexander Creed of Strutt & Parker’s resources and energy team.

“It will have a lesser impact on wind and, in our view, a minimal impact on [smaller] solar because this can often be deployed quickly and within a short period of time before a Fits degression date.

“It would have been better if the government had either focused on increasing the pre-registration threshold from 50kW to perhaps 500kW, mentioned in the consultation, or if this is focused at solar and wind, perhaps left pre-accreditation in place for AD and hydro.”

Department of Energy and Climate Change (Decc) plans to end the guarantee of a certain level of subsidy through the lifetime of a solar farm once it is built, known as “grandfathering”, will also hit investment.

“It is very unlikely fresh land for solar park projects will be leased between September and April due to uncertainty and possibly no new solar parks thereafter depending on the outcome of the Fits review,” said Nick Barber of Savills Energy.

“Investment in new onshore wind projects of all scales look difficult to justify given that the RO will close to schemes from April 2016, and the Fits are subject to six-monthly degression [up to 20%] and pre-accreditation will be removed, subject to today’s consultation.”

“Removing reaccreditation means that the two-to-four-year development time for projects presents a huge risk as developers/landowners will be spending large amounts of money on planning and feasibility without knowing if the project is viable at the end. This will impact both the rental and self-development market for landowners.”

Decc’s plans to end grandfathering were described as a blow to investor confidence by the Solar Trade Association, which called for a bridging strategy.

The announcements add further uncertainty given that the entire Fits scheme is to be reviewed later this year.

The change to solar support follows a move last year to exclude solar farms larger than 5MW (about 10ha) from the RO scheme from 1 April 2015.

“Talk of ending the subsidy for ‘onshore’ wind is confusing. There’s a huge difference between what our customers are installing – say, single turbines of 25-75m high – and a large-scale wind farm.

“The new Fits, for example, are supposed to be in place by 1 October. Given that we are now near the end of July, how can anyone make a decision – whether that’s for wind, solar or AD – if they don’t know their predicted return on investment?

“According to the latest figures from the Office for National Statistics, we’re about half way to meeting the 2020 target of generating 30% of all our electricity from renewable sources. It’s difficult to see how this will be met without further development of wind power.”