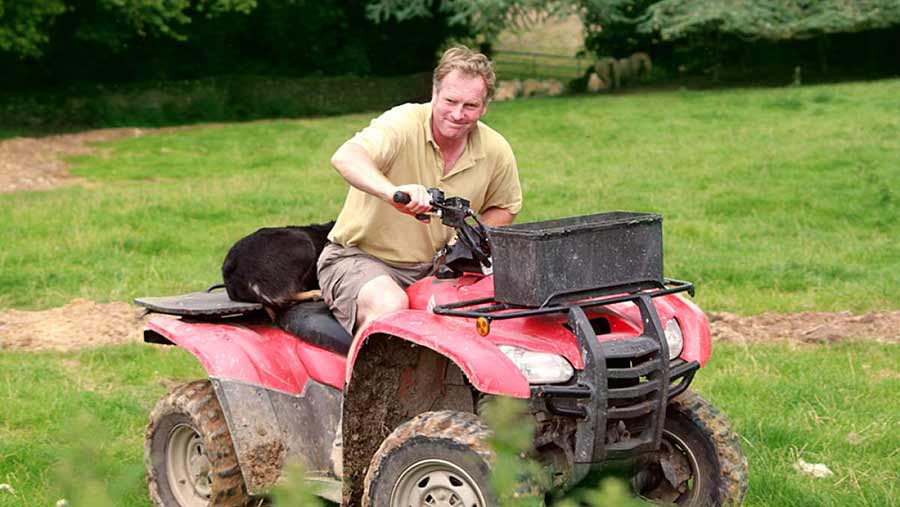 East Sussex sheep producer Martin Hole says he must take a staggering 400 photographs of fields and landscape features on his farm if he signs up to the new Countryside Stewardship scheme.

Mr Hole has spent more than two decades undertaking conservation work at Montague Farm, near Hankham, on the western edge of the Pevensey Levels.

But abiding by the rules of the new scheme will be far more onerous than anything he has previously signed up to, he said.

“If I am inspected, it looks as if I would have to produce more than 400 photographs,” Mr Hole told Farmers Weekly.

“We could have all the birds in the world here, but if I don’t have the photographs I will fail to meet the scheme requirements.”
Martin Hole

“We have spent 23 years in stewardship schemes and I have never encountered anything like this. We are hoping common sense will prevail.”

Some three-quarters of the 320ha is classed as a
site of special scientific interest.

Conservation work provides habitats for ground-nesting wetland birds such as redshanks and lapwings. The average field size, including herb-rich meadows, is less than 3ha.

Mr Hole said he would have to supply 17 pieces of evidence for each field that he chooses to manage under Countryside Stewardship.

This meant he would have to take 400 photos of sward height, mown and unmown areas, wet and dry areas, ditch height and the extent of any scrub.

“Not one of these pieces of evidence mentions the presence of the bird species we are trying to preserve. We could have all the birds in the world here, but if I don’t have the photographs I will fail to meet the scheme requirements.”

Mr Hole said he has enjoyed a fantastic relationship with Natural England advisers over the years. He was sure Natural England was not to blame for the scheme requirements but said many farmers would find it difficult to comply with such onerous conditions.

“Once you are deemed to be non-compliant, you are in a bad position,” he said. “It is an emotionally abhorrent place to be.

“We will sign up in the hope that common sense prevails – but many people will feel they are unable to take that risk.”

“Natural England will ask for pictures only as part of an annual sample check of claims and those farmers will be given advanced notice.”