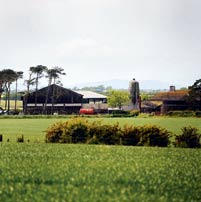 A Cumbrian farmer, killed in a tractor accident at the weekend, has been named.

Nicholas Armstrong of Abbey Farm, Abbeytown, was struck by a tractor just before 10am on Saturday 6 June.

The incident happened while he was working in a field at Raby Cote Farm, near Newton Arlosh and Abbeytown.

Police said that the tractor driver was a teenage male. It is not thought that the two men were related, a local newspaper has reported.

The North-West Air Ambulance was called, but Mr Armstrong was pronounced dead at the scene.

The incident is being treated by Cumbria Police as an industrial accident, and they will lead an investigation into the circumstances of the accident on behalf of the Health and Safety Executive.