A Yorkshire farmer has criticised Tesco for selling lamb mince labelled as UK and New Zealand.

Peter Vickerton, who farms 500 sheep near Hornsea, visited his local Tesco store and was incensed by the label on a pack of lean lamb mince.

“Carrying a UK prefix will confuse the consumer,” said Mr Vickerton. “Shoppers will think it is home-produced and perhaps be more prepared to pay a premium that will then go to farms on the other side of the world.

“We don’t know how much has been added from farms in New Zealand either. I am angry because it goes against the spirit of openness that we were promised after the horsemeat scandal.” 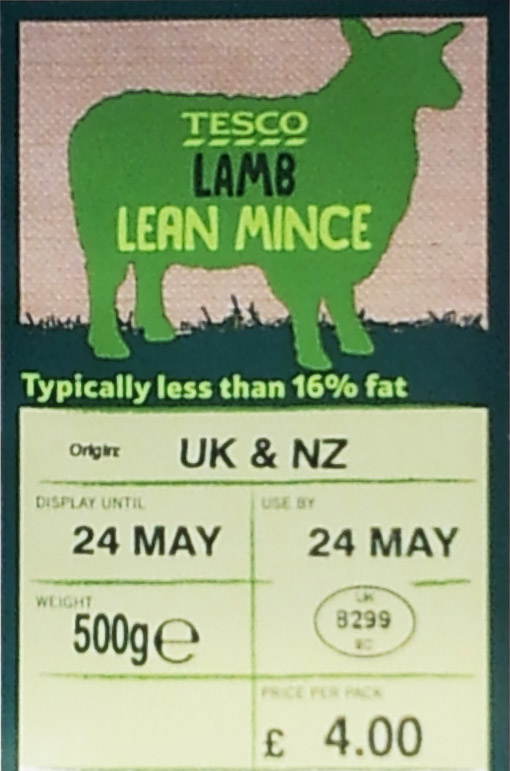 But a Tesco spokeswoman said the label met packaging rules and mixing UK with imported mince was necessary.

“To maintain availability, Tesco lamb mince is produced from fully traceable meat from both the UK and New Zealand, and this is shown clearly on the label,” she said.

Have your say on food labelling on our forum