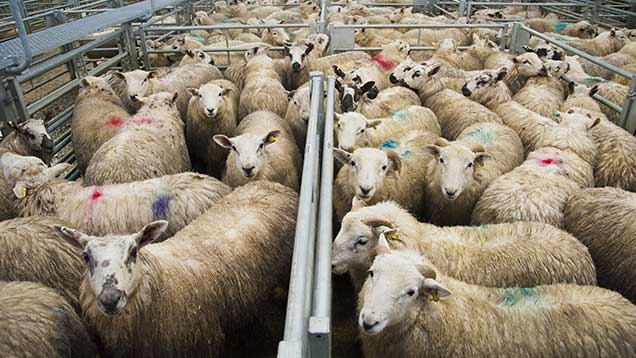 Lamb prices on the supermarket shelf have started to follow farmgate returns downwards.

AHDB Beef and Lamb’s average retail price dropped from 817p/kg to 804p/kg from July to August.

Farmgate prices also fell, which kept the producers’ share for August flat at 58% – the second highest mark in 2015, but four points down on the year.

At the Livestock Event in July, the NFU criticised supermarkets for taking a bigger share of retail prices while farmer returns crashed to the worst level since 2009.

Livestock board chairman Charles Sercombe called on retailers to put lamb on promotion over the summer to boost demand.

On the beef side, the gap between producer and retail prices widened.

The farmers’ share dropped by one point to 49% in August.

An unexpected rise in beef production saw prime cattle prices fall throughout August, after rising steadily from the spring into early summer.

At the same time, all retail cuts except mince were slightly than they were in July.