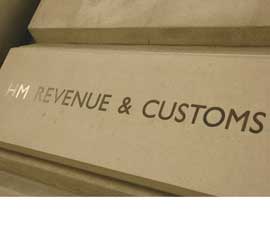 A farmer has won a 10-year inheritance tax battle with HMRC.

Nick Hanson secured agricultural property relief (APR) from inheritance tax (IHT) on the farmhouse, which had been in his family for more than 100 years.

The dispute with HMRC came about because the land and the house, although occupied by the same person, were in different ownerships.

The court found that the house and land do not have to be in exactly the same legal ownership for the relief to apply.

In the circumstances of this case, the Upper Tax Tribunal – which the case reached after HMRC appealed – decided that the farmhouse was “of a character appropriate” to the land.

Mr Hanson previously succeeded in arguing before the First-Tier Tax Tribunal, but HMRC appealed the decision as it thought an important point of principle was involved.

“Nick Hanson has shown terrific courage in daring to disagree with the taxman and in defending his position after HMRC decided to appeal from the First-tier Tribunal decision”
Toby Harris, tax adviser

HMRC held that, in applying for relief, it was essential the land and farmhouse must be within the same legal ownership. That principle was based on the idea of the “estate” as the unit of taxation for IHT, but the Inheritance Tax Act 1984 uses the word “property”, which is not necessarily the same as legal estate, the court found.

“Nick Hanson has shown terrific courage in daring to disagree with the taxman and in defending his position after HMRC decided to appeal from the First-tier Tribunal decision,” said Mr Hanson’s tax adviser Toby Harris.

“This decision by the Upper Tribunal is a great result for him and his family. He always deserved to win because he is a real farmer doing real farming. When you look at his farming operation you can see that everything is genuine. This is just the sort of case where the tax relief ought to be available.”

“It has been a bit of a long struggle over 10 years and we hope that this result will help other farmers in similar positions,” he added.

The decision overturned previous common practice, opening the door to the claims from APR on farmhouses that may have previously been refused.

However, no farmhouse will qualify unless it is occupied for the purpose of agriculture, which is a strict test, said Mr Harris.