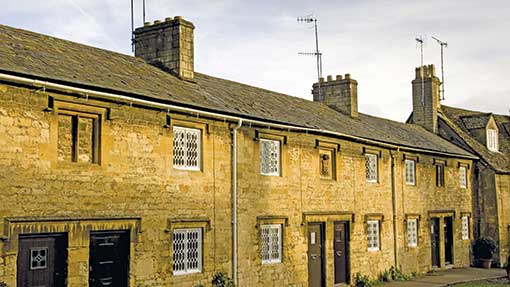 A lack of affordable housing for young families, key workers and others is a growing issue for rural communities but farmers and landowners can be part of the solution, writes James Del Mar of Knight Frank.

The housing market is on a roll again. Average prices across the UK rose by almost 9.5% in the 12 months to the end of March, according to Nationwide building society, although a large proportion of the rise is accounted for by increases in London.

Good news for those who already own a house, but of less comfort to those struggling to find somewhere affordable to live. This is a particular problem in rural areas where a lack of new housing stock, combined in many cases with strong demand from commuters and second-home buyers, has helped push up prices.

The Taylor Review of the rural economy and affordable housing in 2008 identified communities of fewer than 3,000 people as those where the challenges of unaffordable homes, low wages and declining services were greatest.

For farming businesses, especially those with no staff housing, a lack of affordable homes nearby could make attracting good workers more difficult and could reduce the viability of potential diversification projects relying on local labour.

It goes without saying that if local services such as schools, post offices, pubs and shops are forced to shut, the whole community will suffer.

Two main methods have been used to encourage the delivery of affordable homes in rural areas.

The first is through section 106 agreements where planning consent for houses on sites allocated under a local plan is only granted subject to a percentage of the new homes being affordable, or a contribution to help fund the construction of off-site affordable dwellings. New planning practice guidance is helpful in encouraging local authorities to allocate sites in rural areas via the local plan, says the CLA’s housing adviser Danielle Troop.

What is affordable housing?

Historically, the threshold for when section 106 obligations kick-in varies by local authority, but it could be as low as one new house. However, such obligations have been identified by the government as one of the reasons why more houses aren’t being built.

To help mitigate this, the recent National Planning Policy Framework (NPPF) and ensuing policy guidance enshrine the principles of viability testing and the need for landowners to be encouraged to bring forward development sites. However, what constitutes a viable ratio of open market to affordable housing is still often a subject of fierce debate between local authorities and developers.

For smaller schemes, the government now plans to go further and remove any affordable housing obligations for developments of 10 units or fewer up to a maximum gross floor space of 1,000sq m.

A public consultation on the proposals has just closed. These proposals would free a significant proportion of village-scale developments from affordable housing obligations, although opposition to the proposals means they could be watered down, says Nicola Gooch, a planning solicitor at Thomas Eggar.

Under the Growth and Infrastructure Act 2013, developers can also appeal to the Planning Inspectorate (PI) if they believe that an existing affordable housing obligation renders a scheme economically unviable and their local authority does not agree.

The second route for the delivery of affordable housing is via a Rural Exception Site (RES) allocation. These are sites that would not normally receive planning consent for residential development because, for example, they are outside the local plan. On these sites the majority of dwellings must be affordable, but a proportion of open-market housing can be included, although this is generally limited to a level sufficient to cross-subsidise the affordable component.

RES sites are naturally worth less than those with permission for open-market housing, but should still realise more than their existing land value.

Making it work for you

Whichever route you follow, you should be prepared for the process to be time-consuming and complex, involving extensive discussions with the local planning authority and usually a housing association, now known as a registered provider.

The first decision is what level of involvement you want to have with the scheme. Landowners can manage the whole process, including planning and building and, where local policies allow, owning and managing the affordable housing. This will generally only be of interest to large estates with experience of managing significant residential properties, not to mention the finances, to fund the development.

Ms Troop says most local authorities are resistant to privately owned affordable housing because they value the monitoring and regulation of registered providers by the Homes & Communities Agency.

Some landowners do become registered providers, but in many cases they sell or grant a long lease on the land to an existing registered provider. They should first ensure that the terms of the section 106 agreement take into account the issues concerning housing allocation detailed below.

It will always pay to involve the local community from the beginning of the process. Through the Localism Act 2011, communities have powers to shape local development and planning policy by creating neighbourhood development plans that could include affordable housing.

Careful consideration should be given to which sites are put forward for allocation to residential development via your local authority’s strategic housing land availability assessment and the design of the scheme. As with any development, you don’t want to compromise the value of your core landholding.

One of the biggest concerns about affordable housing is lack of control over who lives there and how the homes are managed. Small communities cherish cohesion and prefer affordable housing to be allocated to local residents and workers first.

When negotiating section 106 planning agreements, consider the tenure mix of rented and shared-ownership. It may be prudent to limit the ability to buy 100% of the equity in shared-ownership  properties.

It can also be possible to stipulate to a degree how the housing in question will be allocated. Some local authorities allow the landowner nomination rights – a current or retired employee, for example – over some of the dwellings, while others allow priority for those from the community.

Some are less flexible and in a bid to cut waiting lists have tightened up eligibility requirements. The CLA is lobbying for better use of rural local lettings policies so that local people can have priority over the wider statutory housing waiting list. Even though this is in line with existing case law, Ms Troop says less vulnerable households, such as rural employees, are no longer always assessed as being in housing need. A local needs housing study done with the parish council and referencing the new planning guidance of March 2014 can help circumvent this.

Pastures View is a 14-home mixed tenure development on a Rural Exception Site (RES) on farmland in Swindon, South Staffordshire.

After an approach from the parish council and a comprehensive housing needs survey, South Staffordshire Housing Association identified several locations around the village before the site was chosen and planning achieved.

Ursula Bennion, director of business development at the association, says RES affordable developments can make sense for landowners. “On average we pay about £10,000/house plot, so the sites will have a higher value than agricultural land. But we also find that farmers often really do understand the philosophy of what we’re trying to do – creating affordable homes for local people.

“We worked closely with the local community to ensure any concerns were addressed. The quality of the homes is extremely high and under the development’s section 106 planning agreement priority is given to people who have lived, worked or had family connections to the village for three out of the past five years.”

Smaller communities are those most vulnerable to low wages, unaffordable homes and declining services, according to the Taylor Review. 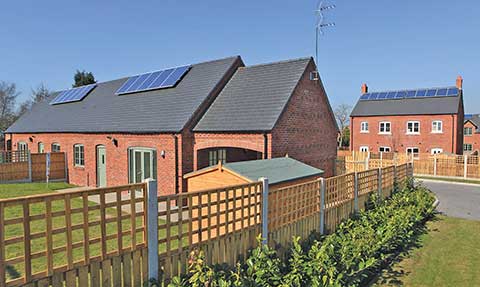