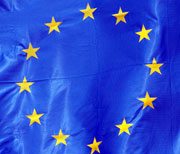 Proposals to reform the Common Agricultural Policy will increase the burden of red tape of farmers, European farm ministers have warned.

Speaking at a Farm Council meeting in Luxembourg on Thursday (20 October), ministers widely criticised plans unveiled by European farm commissioner Dacian Ciolos on 12 October for being too complicated.

Describing the plans as “disappointing”, the majority of ministers from across the European Union said they feared hey would create more difficulties for farmers and for bodies administering the payments.

A number of ministers also said plans for the so-called “greening” of Pillar 1, which will see 30% of the basic payment held back until certain environmental criteria are met, would provide little benefit and hinder the competitiveness of farmers.

DEFRA secretary Caroline Spelman told the councils the greening proposals did not take into account the future challenges or the strategic nature of farming.She said proposals for set aside 7% of land for so-called “ecological focus areas” were unwise given that demands for food were increasing.”[The EU faces] the huge challenges of food security & climate change,” she said.

“The EU should be moving away from support as food prices rise.”Greening measures should be retained under Pillar 2, allowing member states to “tailor these decisions locally & run them on a multi-annual basis”, she added.

French farm minister Bruno Le Maire agreed the 30% payment allocation tied to greening was excessive given the challenges farmers faced in terms of rising production costs, while German minister Ilse Aigner said agriculture already made an “important contribution to environment” with the measures currently in place. A number of other plans outlined in the Commission’s proposals also faced criticism, with rules on capping payments, Pillar 2 funding and direct aid all coming under fire.

Ministers also said more flexibility was needed for individual member states to make decisions over the definition of “active farmers” to decide who received direct payments, while decisions over how much money should be made available to young farmers should also be made at a country level.

However, member states largely welcomed plans to introduce funding for the next generation of European farmers and for small farmers to help them innovate and diversify.Commissioner Ciolos agreed there were still areas which needed to be discussed before the plans were finalised ahead of their implementation on 1 January 2014. He said letters outlining the “simplification measures” would be sent out to member states and the Commission was “open to new ideas”.

But he warned simplification had to go hand in hand with a rigorous monitoring system.