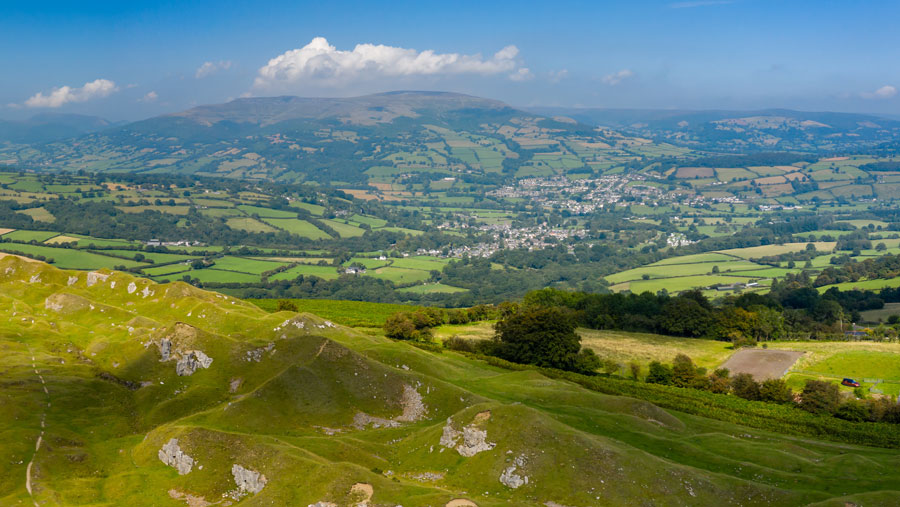 Farmers in the Welsh market town of Talybont-on-Usk are taking on the Welsh government to try to block plans for the Green Man festival to be held on a farm purchased with £4.25m of taxpayers’ cash.

The farmers have joined with other residents to demand that Gilestone Farm is not used for festivals or similar events.

The 97ha productive farm – which had been advertised for sale by McCartneys at £3.25m – was purchased by the government. It is understood it will lease it to the company which runs the Green Man festival from 2023.

Under the umbrella of Usk Valley Community Action, farmers and residents are meeting next Thursday (2 June) to discuss how to fight the plan.

Group member Peter Seaman said local people were “expressing alarm” that the farm could be used for mass events when it is leased.

“There is a great deal that is not known, and the community needs its voice heard quickly and effectively and at a point where it may still be able to shape events rather than having to keep reacting to them,” he said.

The group wants any lease or sale of Gilestone Farm to preclude its use for festivals or mass events.

Mr Seaman said local people welcome sustainable tourism, sustainable farming, “in fact any sustainable development or business”, especially when it creates jobs and income that are sympathetic to the environment and wildlife.

But he added: “Sustainable means it must be of a scale and nature that is appropriate to the environment and acceptable to the community.”

The site, he said, was unsuitable for a festival on the scale of Green Man. “The scale will simply overwhelm a community already struggling at times to host large numbers of visitors.

“As a group we have no objection to Green Man or to festivals in general. The objection is to the imposition of mass tourism events such as festivals in an unsuitable location or against the wishes of the host community.”

The group is angry with the Welsh government, questioning “the legitimacy and secrecy” of its actions, in particular attempts to “foist such a major change on the community without consultation, or even informing us”, said Mr Seaman.

The Green Man festival attracts 25,000 visitors to its present site at the Glan Usk Estate, Crickhowell, about seven miles from Gilestone Farm.

A Welsh government spokesperson said it had purchased the site to support the growth ambitions of the Green Man festival.

“Green Man is one of five major independent festivals still running in the UK and an annual event that makes a significant contribution to Wales’ economy. We want to harness the potential additional positive contribution of the festival to local businesses, the community and the Welsh economy and ensure the festival continues to have a permanent home in Wales.

“We will shortly be receiving a full business plan for the site which will set out the activities to be undertaken throughout the year and will include how the land will continue to be farmed. This will be subject to the normal and robust due diligence processes.”

The government added that the existing Green Man festival would not be moving from its site at the Glanusk estate where it has operated for 20 years.