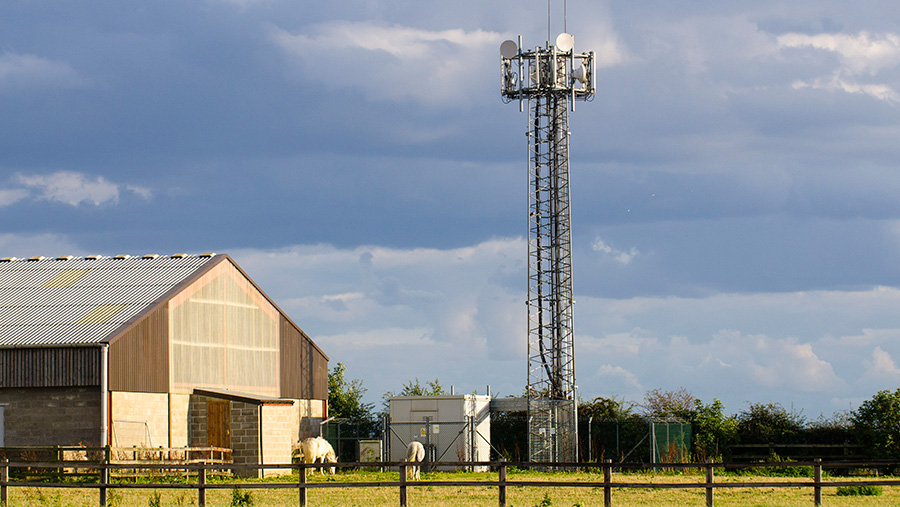 Landowners should renegotiate leases and agreements for phone masts on their land before new rules are introduced, say land agents.

The Electronic Communications Code, part of the Digital Economy Bill, which should come into force in mid-2017, aims to make the construction of new digital infrastructure easier for communications companies.

This will see rents move to a compensation basis as opposed to the land’s market value, as is currently the case.

“Anyone thinking about renewing, terminating or reviewing a lease should do so immediately in order to make sure terms are agreed under the current code,” said Robert Paul, telecoms specialist at Strutt & Parker.

“The process normally takes six months and the new code is likely to come into force in the spring. This is the final window of opportunity to start negotiations. Site providers really are running out of time.

“Landowners need to preserve their position, so they can litigate under the old code, rather than the new one. There is no guarantee that every lease will be protected but it will put site providers in a much stronger position.”

Farmers and landowners with a mobile phone mast on their land are achieving deals that pay an average annual rent of £6,029, according to Strutt & Parker’s 2016 Telecommunications Survey.

“It has become clear that agents for operators are approaching landowners across the country seeking site leases on very operator-friendly terms and in some cases offering rents of just £3,000 and demanding unrestricted rights. This is well below market value so take professional advice before agreeing to anything,” said Mr Paul.

Figures from estates and letting agent CKD Galbraith show that under the new law, a standard 15m-high mast that under current legislation is worth about £5,000/year in rent could fall to below £500/year due to revisions to the “no scheme” world for phone masts and wayleave rights.

The new code would prevent landowners from negotiating their own deals, instead setting out rent based on the actual land area occupied, irrespective for what the land is to be used for.

Access, assignments (assignations in Scotland), and the upgrading of equipment would all be unrestricted for telecom operators under the new law.

Despite earlier government reassurances the code would not apply retrospectively, the draft bill caters for telecoms operators to bring deals to a premature end through an unconditional break clause, which are a common feature requested by operators, allowing for new terms to be implemented.

Mobile network operator EE is looking to create 500 sites for a new emergency services network, but could struggle to find adequate locations due to landowners unwilling to offer sites, especially if the code can be implemented retrospectively, says CKD Galbraith.

Details need to be clarified but it seems certain this is likely to devastate telecom rents for landowners, including farmers reliant on this revenue,” said the firm’s head of utilities and energy, Mike Reid.

He added: “The likely effect of these proposals is the majority of landowners won’t want a telecom mast on their land and operators may be compelled to rely on their code powers, which could end up being a costlier and slower process to obtain a new site than a voluntary agreement.

“Far from modernising and improving the UK’s emergency services communications infrastructure, the government may in the short term oversee major delays in the transition to the improved [emergency communications] service.”