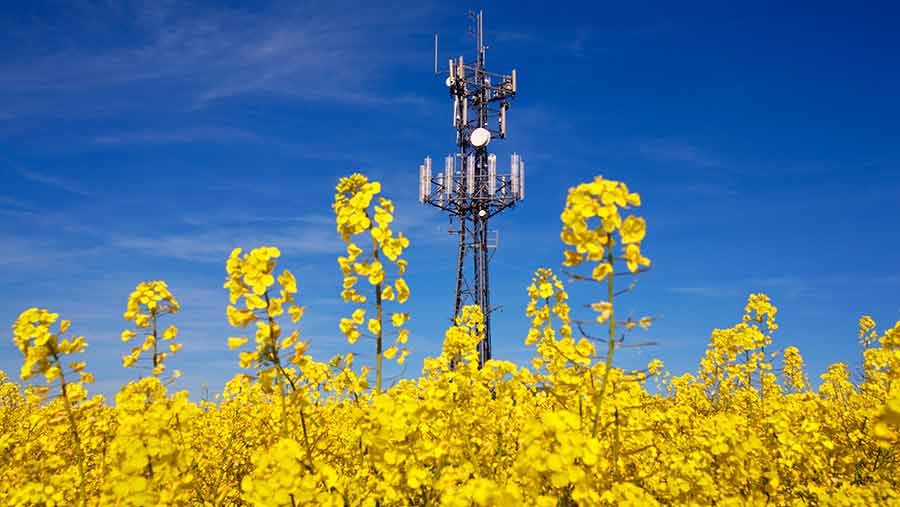 Landowners with phone masts on their land or with potential sites could lose thousands of pounds under planned new laws.

The government wants to give telecoms firms stronger compulsory purchase powers, putting them on a par with electric or water companies.

Under the proposals, farmers who give up space for a mast would be paid compensation, rather than a much higher, market-based rent.

That compensation would only reflect the value of the agricultural use, not the revenues of phone operators, even if they go on to share the site with other companies.

See also: Landowners – get the most from a phone mast lease

Landowners who wanted to challenge their offer would have to go to a tribunal, which would suck up time and possibly considerable costs.

Landowners would have to let operators use the land even while the valuation was being decided, he said.

“The proposal to grant private companies wider compulsory powers to force their way on to a potential site and then have the amount paid determined by tribunal on the basis of compensation rather than market value will result in a process which is likely to be expensive and time consuming,” Mr Paul said.

“Better connectivity, particularly where areas are badly served at present, is an entirely laudable policy aim. However, should this be achieved by forcing property owners alone to subsidise those services than by targeted subsidy?”

The draft Digital Economy bill follows a series of consultations about changes to the Electronic Communications Code. The rule changes aim to improve phone reception in the countryside and increase internet capacity in towns and cities.

Charles Trotman, CLA senior rural business and economics adviser, said landowners who already had masts could also be affected. When a lease came up for renegotiation, an operator could legally reduce the value, as this would be classed as a new contract.

Landowners would become less likely to enter discussions with phone companies, slowing down the spread of the country’s 4G mobile network in rural areas, he said.

“Compulsory purchase is not going to do anybody any good,” Dr Trotman said. “It will lead to a form of market disruption, which could be quite significant.”