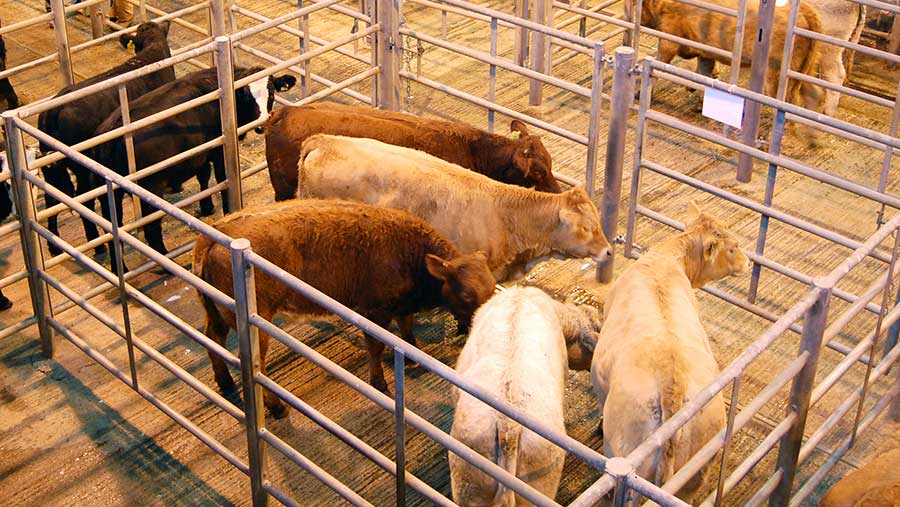 A council could seek to remove the legal obligation to provide a livestock market in a Lincolnshire town’s Royal Charter, which if successful, may have wider implications for livestock markets across the UK.

The controversial option is one of three proposals put forward by East Lindsey District Council (ELDC), which is bidding to end the long-running dispute over the future of Louth Livestock Market.

For a number of years, ELDC has been progressing a re-development opportunity for the livestock market site in Louth – the last remaining livestock market in the county – on the basis that it is only used every Thursday throughout the year.

In economic terms, the market is very close to the town centre, and the council feels the site is under-used. But farmers say the site is used on a regular basis and its closure would mean livestock farmers would have to travel excessive and unsustainable distances if the market is shut.

We want to keep the market alive for the farming community. It’s unreasonable to expect farmers to travel extensive and unsustainable distances to market their livestock Russell Jeanes, partner at Louth Market Auctioneers

Previously, the council had considered selling the site and relocating the market elsewhere in the town.

However, subject to executive approval from the council next Wednesday evening (12 July), the council will enter into a period of consultation with the public, including the farming community.

The three-month consultation will put forward three options on the table:

1. Build a new livestock facility at an estimated cost of £4-5m elsewhere in Louth. The existing site would then be sold to the council’s preferred bidder, ADV Partnership, who would then then construct a retail-led development site.

2. The council could attempt to suspend the market and seek a Private Act of Parliament to remove the council’s obligation, under Louth’s Royal Charter, to provide a livestock market in the town. The council could then sell the site without the obligation to build another cattle market.

3. The council could withdraw ADV Partnership as the selected bidder and refurbish the existing facility at a cost of £700,000. The council would then lose would the capital receipt for the potential sale of the site. However, the site earmarked for the new market could be sold to release funds.

A council spokesman said: “The council did previously make a commitment that it would replace the livestock market facility.

“But since then, the costs have come in higher than expected.

“The circumstances around local government finance have changed, so the council feels it needs the community’s view to decide how it moves forward in respect of the matter.

“There would be two surveys – one for all the people of East Lindsey, as well as a bespoke survey for the farming community to understand current usage, and a commitment on how any new facility would be used in years to come.”

The council’s executive is expected to approve the consultation, which will go public on 17 July.

Russell Jeanes, a partner at Louth Market Auctioneers, which runs the market, said: “We feel it is very important that the last livestock market in one of the biggest agricultural counties in the country [remains].

“The reality is, thousands of head of stock go through Louth Livestock Market every year and there is a requirement for the provision of a livestock market in the county.

“We want to keep the market alive for the farming community. It’s unreasonable to expect farmers to travel extensive and unsustainable distances to market their livestock.”

Mr Jeanes added that the council had never discussed the idea of refurbishing the existing market with auctioneers.

“The only repair works required at present are a replacement roof which we understand would not cost more than £100,000. The refurbishment cost of £700,000 has never been discussed with us.”

Mr Jeanes said the council had not identified the potential to release funds by selling areas of the existing site for residential development – and using part of the sale proceeds to alter the existing facilities at the market.

“This would mean that the undeveloped industrial estate site earmarked for a new market and already owned by the council, could be sold off to provide funds for the council, thus leaving the existing market where it is.”

A final decision will be made by the council this October.