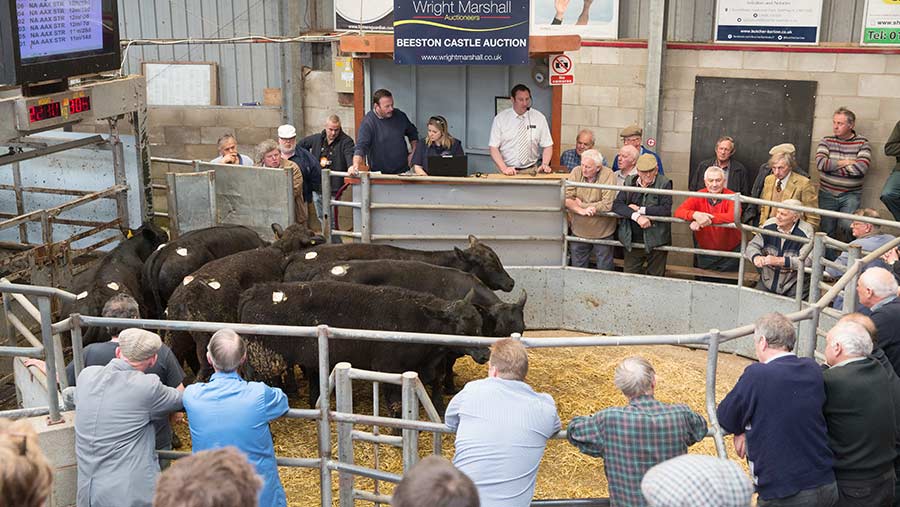 Farmers owed money by auctioneer Wright Marshall, which went into administration in late June, are unlikely to get even 5p in the pound.

Among the 1,200-plus unsecured trade creditors who are owed a total of more than £1.6m, more than 260 amounts owing are listed against farm addresses.

Their prospect of any payout depends on the administrators’ ability to recover a further £400,000 owed to Wright Marshall. It is likely to be another nine months before any payment is made.

The NFU said it had been contacted by about 60 members affected by the collapse of Wright Marshall through its CallFirst service. These were mainly in the North West but members in the West Midlands and Wales are also affected.

The only secured creditor is RBS, which was owed £1.098m on 26 June, when administrators Ben Woolrych and Anthony Collier of FRP Advisory were appointed.

Their report, dated 16 August, says “it is likely that RBS will suffer a shortfall on its indebtedness in this matter”.

Former employees of the auctioneer are preferential creditors and have claimed £36,771 in holiday pay and pay arrears.

The deterioration in performance of the company was mainly due to increased losses in the rural auctions division and continued under-performance of the fine art and estate agency businesses, the administrators said.

Net assets after liabilities, including creditors falling due within a year (mainly the bank loan), were negative at £126,615 in May this year, according to the administrators’ report.

The value of any future payout to unsecured creditors is unpredictable.

A legal provision in the insolvency act requires in certain circumstances that unsecured creditors are paid a portion of what would be due to secured creditors, referred to as the “prescribed part”.

In this case, the statement of financial position in the administrators’ report puts £179,343 as available to unsecured creditors.

However, Simon Farr, a director of FRP Advisory, told Farmers Weekly that the actual amount was likely to be less than £100,000, which would mean a payout of less than 5p in the pound.

Assets of Wright Marshall (mainly book debtors) would continue to be realised, he said. After this process is completed as far as possible, the administration costs are paid, then any preferential creditors.

Creditors can ask for a meeting, and while no request has been made so far, FRP is expecting that a meeting will be requested.

The next update is due from the administrators in late December.