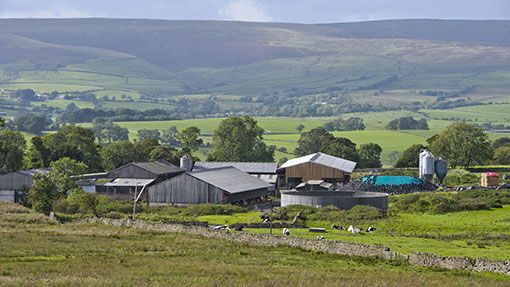 Farmers and landowners should plan ahead to avoid tax burdens from land with development potential, even if there is no current intention to build on it.

An increase in the value of land which is earmarked for development (planning uplift), or which has obvious potential for development (hope value), could result in hefty tax bills, warned Neil Cox, senior rural services manager at accountants Old Mill.

Capital gains tax (CGT) on these assets could sometimes be deferred, but a hope value could be subject to inheritance tax (IHT) if it was not recognised during a farmers’ lifetime, said Mr Cox. Without forward planning, hope values could be subject to a 40% IHT bill as they were not eligible for agricultural property relief.

Other increasingly common agreements, particularly relating to renewable energy projects, could also lead to a high tax bill, said Mr Cox. These included option agreements, where the landowner agrees to sell to a buyer in the future, and a promotion agreements, where an agent takes a cut upon sale in return for helping to increase the value of the land.

Without careful consideration of the structure of these agreements, landowners could end up paying hundreds of thousands of pounds in CGT, IHT or VAT in the future. Option agreements would usually be subject to CGT (28%), but the tax treatment of promotion agreements could vary substantially and, as a worst case scenario, could result in profits being charged as income tax at 45% with the added burden of national insurance contributions.

Entrepreneurs relief might be available to reduce the rate of CGT to 10%, but this depended on what the asset had been used for during the owner’s period of ownership.

More on this topic Consider tax issues when planning renewables