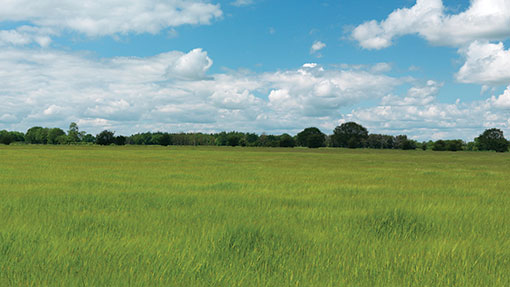 Prime organic estate Peplow, near Market Drayton, Shropshire, has come to the market following its owner Lord Newborough’s decision to concentrate on his other estate, Rhug, which won him the 2013 Farmers Weekly Diversification Farmer of the Year Award.

Certified organic by the Soil Association since 2002, Peplow Estate, is a productive 681-acre livestock and vegetable estate. It offers a large number of commercial farm buildings, full-farm irrigation and water resources, as well as lakes, parkland, 10 cottages and an eight-bedroom Georgian hall built in 1725.

“The estate would suit someone looking for a quintessential English house, or a farming estate of high-quality irrigated organic land which is productive and with high environmental credentials.”
Tony Morris-Eyton, Savills

The business supports 350 beef cattle and some sheep, and grows a rotation of potatoes, carrots, parsnips, onions and combinable crops on its largely Grade 2 and 3 Bridgnorth and Newport 1 soils. The land is farmed by a neighbouring farmer under a cropping licence, which can be continued or terminated at the end of this growing season.

“The estate would suit someone looking for a quintessential English house, or a farming estate of high-quality irrigated organic land which is productive and with high environmental credentials,” said Tony Morris-Eyton, head of country sales, northern region, at Savills.

Lot four and five in particular may offer opportunities for farmers looking to expand or relocate.

Lot four is about 234 acres of arable and grassland with a former cow cubicle house with 97 cubicles, and a six-bay Dutch barn. Highway Farm, lot five, is about 248 acres, half arable and half grassland, and has a five-bedroom farmhouse, two cottages and two reservoirs with a combined 18m gallon capacity.

There is an irrigation main around the farm, a summer abstraction licence, and a borehole licence for 492,750 gallons per annum. The farm is well-equipped with farm buildings, including a 400t capacity grain store, new livestock handling facilities, a 858sq m general purpose building, two silage clamps with 2,000t capacity, a site for vegetable waste and compost, and three dutch barns.

Smaller parcels of land may also be available as lot six – about 64 acres – and lot seven – about 30 acres. The whole property is in a nitrate vulnerable zone and has good road access. SPS entitlements exist and will be transferred to the buyer. (Savills 01952 239 500)