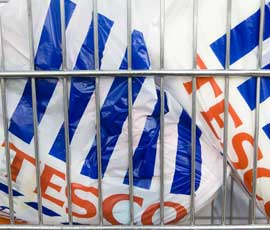 Tesco chief executive Philip Clarke pledged in February that the retailer would source more meat from ‘closer to home’ as part of a raft of radical changes following the horsemeat scandal.

Speaking at the NFU Conference, Mr Clarke said the supermarket was implementing a “root and branch review” of its supply chains, which would involve introducing longer contracts, more transparency and the appointment of an agriculture director.

A representative from Tesco will update NFU Council on progress made in implementing the pledges on Tuesday (23 April).

In advance of this meeting Farmers Weekly asked Tesco to explain what changes have been implemented in fifteen key areas set out by Mr Clarke in his original speech.

The results are in the table below.

We will continue to monitor progress over the coming months. You can leave your verdict on what has been achieved so far by leaving a comment at the end of the article.