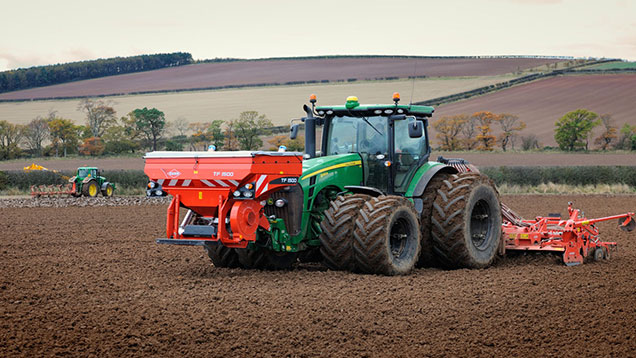 A UK farming business is looking to raise £3m on the London Stock Exchange to fund expansion.

Greenshields Agri Holdings is a large arable business based in the north east of England, established in 2010. It farms 1,416ha on five holdings in Northumberland, Berwickshire and East Lothian.

The group owns 1,153ha of the land and is negotiating to buy a further 89ha in Northumberland privately.

Its listing on the AIM market, expected by the end of this month, will make it the only UK publicly traded company offering investment in UK farmland and in an established arable farming business.

Expected growth in land value alongside expansion of the farming business are billed as the main investment incentives, along with the opportunity after two years to benefit from inheritance tax relief.

The  operation is about 90% cereals and recorded average first and second wheat yields at 9.1t/ha in 2014. The farming business is managed by farming director, Peter Jackson who has put some of his own land into the company.

The group owns 10,000t of grain storage capacity and has contracted a further 2,000t, giving it a 22 month window in which to sell its grain.

The expansion of Greenshields would also give farmers who wanted to retire the opportunity to either sell their land to the company for cash or to exchange it for shares in the business, said chief executive officer, Bill Boase, who has extensive trading experience including 16 years with Cargill International.

No minimum stake is required and the offer to invest was likely to have wide appeal, said Mr Boase. “There are a lot of small investors who would like to put their money in agriculture but they haven’t had the opportunity.”

AIM was established in 1995 to help smaller and growing companies raise capital for expansion. The offer is being handled by broker Old Park Lane.