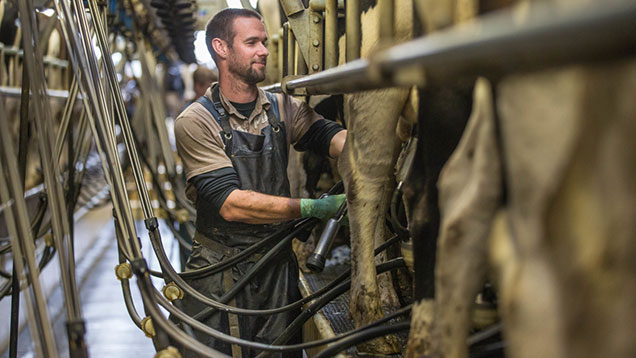 Farming groups have united on key issues in the fight for fairer milk contracts for producers.

Last Wednesday (13 May) officials from the NFU, NFU Scotland, NFU Cymru, the CLA, Farmers for Action, the Royal Association of British Dairy Farmers and the Tenant Farmers’ Association agreed risk needed to be shared more equally in the chain.

The working group was formed to decide what issues the groups could lobby government on together.

All parties agreed that A and B milk contracts, many of which have been rushed in this spring, should be built on long-term relationships and not speculative market manoeuvering by processors.

They also said other ways of managing risk should to be introduced to contracts, such as formula pricing, longer-term deals and futures markets.

NFU chief dairy adviser Sian Davies, who hosted the meeting at Stoneleigh, Warwickshire, said groups would now be able to go into dairy meetings with the new government in agreement on their positions.

“We agreed a lot of A and B contracts we have seen have been brought in with no consultation,” Ms Davies said.

“And we are looking at new contract options that contain some elements to help farmers.”

The working group will meet again next week to decide further plans.