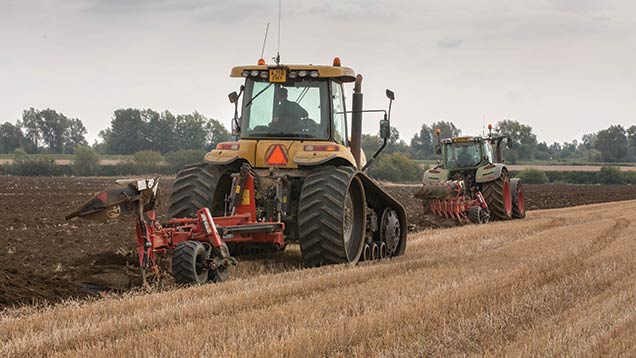 A combination of low commodity prices and a lack of farming successors is causing more and more farmers to turn to joint ventures, say advisers.

An increase is being seen across a range of farm sizes and types, with a number of different triggers encouraging producers to look at alternative ways to reduce their overheads and exposure to risk, increase efficiencies and keep the farm in the family.

While arable farmers are tending to stick to the more traditional contract farming models, livestock producers are increasingly showing an appetite for a variety of joint venture models.

See also: Grain, milk and meat price volatility: Is it really that new?

Louis Fell, partner at George F White, said his company had experienced a 30% increase in enquiries related to joint ventures in the past year, particularly from livestock producers. But while the drive for arable farmers was low grain prices, interest from livestock farmers was for different reasons.

“We think [on livestock farms] it is a result of a lack of successors, or siblings not wanting to farm and the farmer getting to an age where the work involved with livestock is getting too much and the cost of labour is high,” said Mr Fell.

“I think there is a good opportunity for young entrants to get a foothold this way, and we are certainly looking at it for several clients.”

Paul Waberski, joint venture specialist at Brown & Co, said there had been a resurgence of interest in joint ventures among arable growers due to the collapse of commodity prices.

Other reasons included upcoming retirements, a key member of staff leaving and generational change where the successor wanted to focus on other interests, added Mr Waberski.

Some farmers were also seeing joint ventures as a better route to expansion than paying increasingly expensive FBT rents, with cost savings, economies of scale and improved productivity benefiting both sides.

Chairman Antony Pearce said there was no one-size-fits-all solution and getting the right advice was fundamental because joint ventures could have quite a high failure rate.

“The main lesson is that the personality fit between the parties has to be right,” he said.

Mr Pearce said some farmers struggled with what they perceived to be a lack of control once they became part of a joint venture. It was also important that all parties had access to capital or disagreements over money could arise.

Improved professionalism is also the drive for some farmers entering joint ventures. Strutt & Parker partner Will Gemmill pointed to a collaboration between three farmers who had combined their different skills to boost their business acumen. As a result, they had recently won a contract to farm an additional 330ha.