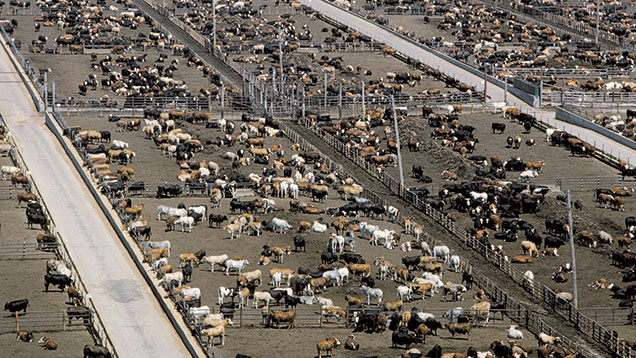 Farming must not be sacrificed for the benefit of other sectors in the EU-US trade agreement, warn MEPs on the EU’s agricultural committee.

The committee said negotiations should ensure EU farmers did not come under “excessive pressure” and be exposed to unfair competition.

The EU’s high standards on animal welfare, food and the environment must be preserved, they said.

The warnings from the committee were voted through this week and will form part of the EU parliament’s position in future negotiations on the Trasatlantic Trade and Investment Partnership (TTIP).

Northern Ireland MEP Jim Nicholson, who helped draft the agricultural committee’s position, said farming should not be sacrificed as it was with the EU-Canada deal.

The agreement had concluded with larger beef quotas for Canadian imports in exchange for better terms for the financial sector, he said.

TTIP, which will be much bigger than the Canadian trade deal, has caused particular concern for the pork, chicken and beef sectors, which are likely to face stiff competition from cheaper imports of US products.

“We must defend the sectors, like the suckler cow herd, the poultry and pigmeat sectors, which may be vulnerable. Agriculture should not be a bargaining chip of the negotiations.”
Jim Nicholson, MEP

Limited quotas and tariff reductions should be considered to deal with this and ensure the playing field was level, said the agricultural committee.

However, there would also be benefits for agriculture from TTIP, said Mr Nicholson.

“We must defend the sectors, like the suckler cow herd, the poultry and pigmeat sectors, which may be vulnerable. Agriculture should not be a bargaining chip of the negotiations.

“However we would be naive if we did not see the benefits of removing tariff barriers to EU products, for the industry and for small farm holders alike, and see the opportunities for certain sectors like the dairy sector in these negotiations.

“I hope [the committee’s] vote will rebalance the narrative surrounding agriculture and TTIP – there are both risks and opportunities in any trade negotiation, what we must do now is explore the opportunities to their fullest extent, whilst also ensuring that safeguards are place to mitigate the risks.”

Negotiations between the EU and US are ongoing, but with the US presidential election starting to ramp up, the deal is now unlikely to be finalised this year.