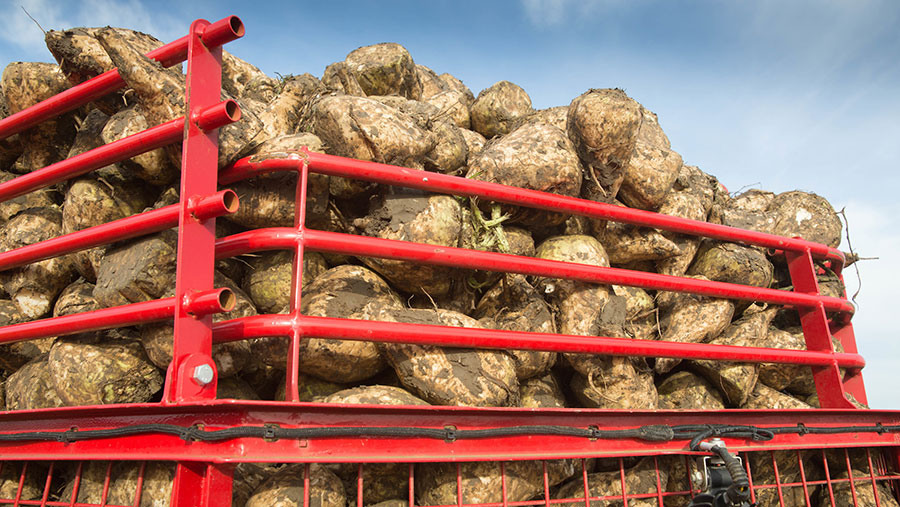 A rift has opened between representatives of beet growers over their attitude to whether sugar beet tariffs should be lifted after Brexit.

Speaking on BBC Radio 4’s Today programme, CLA president Tim Breitmeyer warned UK beet growers could be forced out of business if the import tax was lifted as the price of the home-grown product, would be undercut.

Currently, sugar cane importers, such as Tate & Lyle, have to pay import duties of up to 35% on sugar cane imported from outside the EU, meaning a cheque of up to €3m (£2.62m) goes to the EU for a boat load of the syrup-producing product.

Mr Breitmeyer said: “I think many farmers would start to go out of business. We would see supply drop and then eventually you would see with the law of economics you would find prices going up.”

Tim Breitmeyer from the CLA land owners’ body: “We could see food shortages and farms out of business if the UK cuts tariffs on its own.” #r4today https://t.co/RGH9XPa8G5 pic.twitter.com/V8lAUg2eUr

He warned the UK could easily find itself in a position where it is short of food if tariffs were lowered dramatically.

But NFU sugar board member Tom Clarke said British sugar farmers are some of the most efficient in the world and do not need tariffs to survive as they already produce the cheapest sugar in Europe.

The Cambridgeshire arable farmer, who was co-opted on to the board in February, said all British farmers needed was a fair price for their product.

Speaking to Farmers Weekly, he pointed out that sugar beet production quotas, which were abolished last year, had actually preserved the market for imported sugar, as sugar beet had only fulfilled half of national demand.

“It is the old clichéd stereotype that we are just a bunch of protected farmers relying on handouts,” said Mr Clarke, “but with sugar beet, it is the opposite.”

The abolition of quotas had put cane sugar and sugar beet on a more level playing field, and he said all British farmers needed after Brexit was an import tariff equivalent to anything the EU imposed on UK exports.

Improvement to sugar beet yields over the past 20 years have outstripped the improvements in any other crop, and he said the UK’s supportive maritime climate means growers can compete with sugar cane and beet growers anywhere in the world.

“The biggest single threat in the short to medium term is actually the potential loss of neonicotinoids,” said Mr Clarke, explaining that much of the historic yield gain has been down to the pesticide-containing seed treatments.