English farms valued at a total of £45m have been launched for sale this week, bringing more than 3,000 acres of arable land and about 700 acres of grass to the market.

Unusually, most of the arable land is in East Anglia, with quality Grade 2 and 3 soils available in Norfolk and Cambridgeshire with irrigation and grain storage.

About 500 acres of prime arable land is also on the market in Essex, with the sale of two farms owned by the same family. 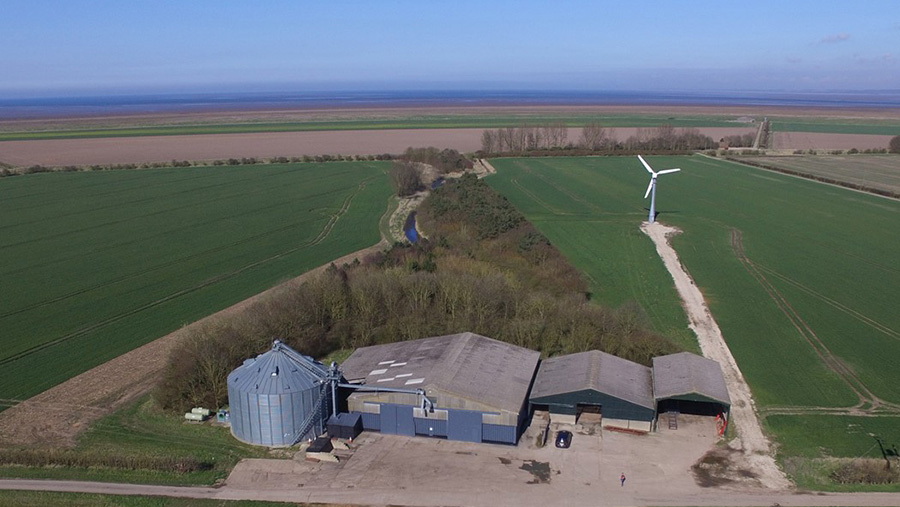 The 797-acre Admirals Farm in West Norfolk is being sold with 3,000t of grain storage and a 60kW wind turbine

The largest proposition is in West Norfolk at Terrington Marsh where two nearby sites – 797-acre Admirals Farm and 453 acres of land at Clenchwarton – are being sold.

Admirals has 3,000t of grain storage and a 60kW grid-connected wind turbine which generated £23,000 last year. 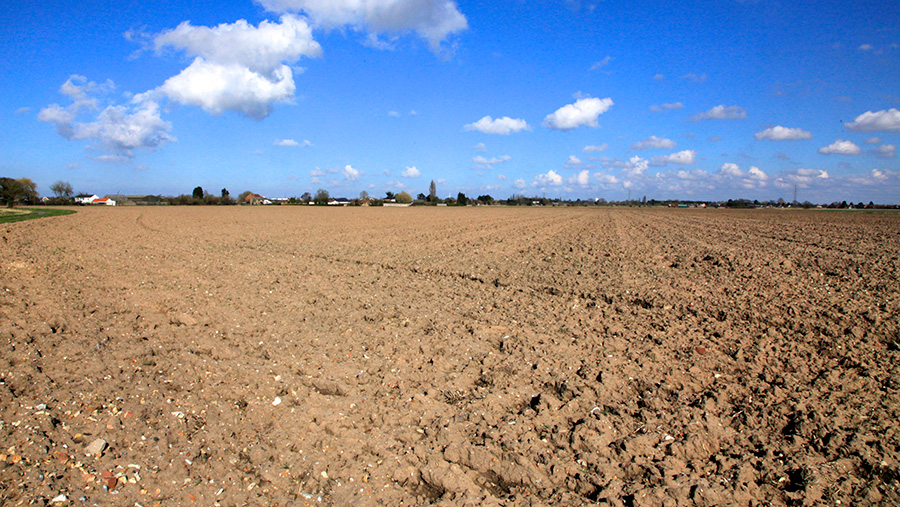 Land for sale at Clenchwarton in West Norfolk has been split into eight lots.

There are various other buildings, and a guide price of £12m has been set as a whole, but the two sites could be sold separately with Clenchwarton also split in to eight lots. (Cruso & Wilkin 01553 691 691) 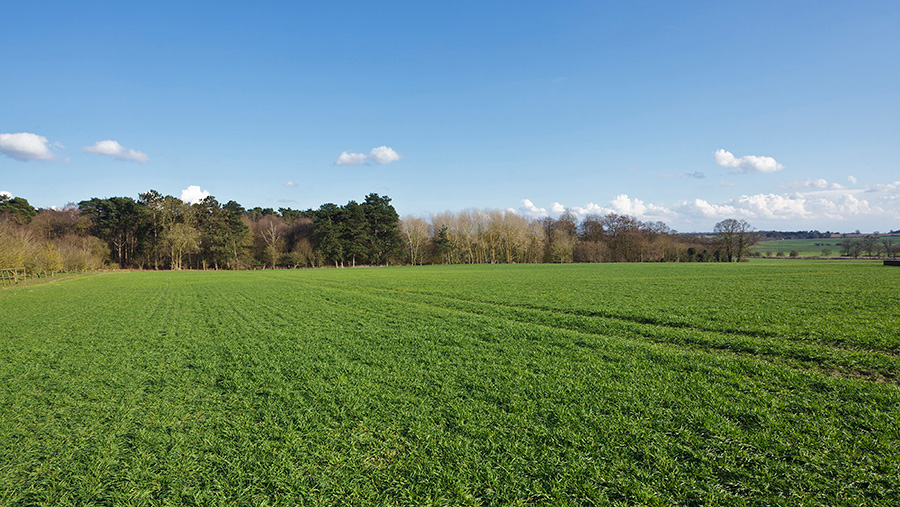 Most of the 500 acres of arable land is contract farmed to cereals and sugar beet. A farm business tenancy to an asparagus grower runs until 2022 and accounts for 27 acres, with woodland, pasture and the farm’s buildings making up the balance of the acreage.

About 370 acres of Grade 2 and Grade 3 arable land is being sold on the Cambridgeshire-Northamptonshire border.

Cropped to winter wheat, oilseed rape and spring beans, the land at Old Weston has consistently averaged 10t/ha of wheat and oilseed rape at 3.7t/ha.

In North Essex, the sale of two farms owned by the same family is bringing more than 500 acres of prime arable land to the market.

Lashley Hall in Stebbing extends to 357 acres, while two miles away in Great Easton, Glebe Farm has a further 191 acres.

They are available together at a guide price of £7.5m, or separately.

Lashley’s land grows wheat, borage and peas for seed across Grade 2 soils. It has modern buildings, including grain storage for 1,000t. 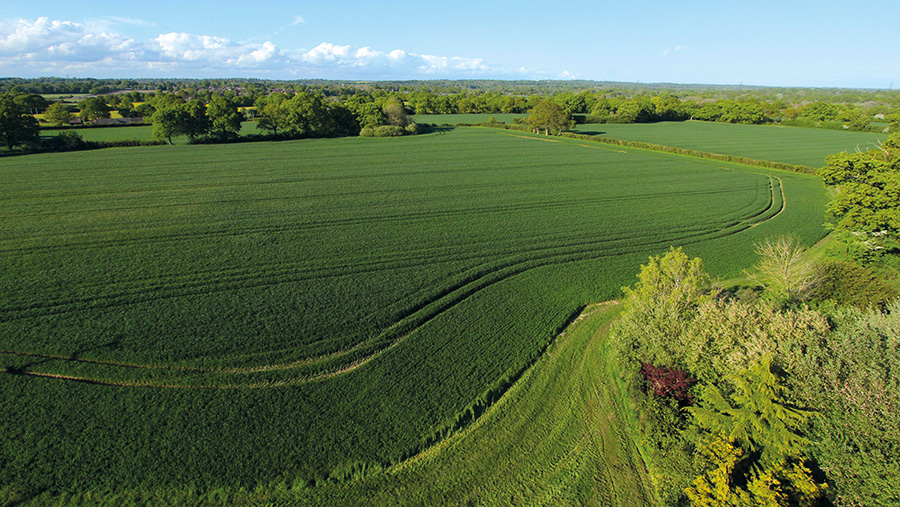 Colbrans Farm near Lewes in East Sussex, is a 1,000-acre mixed unit growing wheat, oats and beans with 487 acres of grazing let to local livestock farmers. There is a further 38 acres of woodland.

A large range of farm buildings include modern livestock housing and 750t of grain storage.

In Herefordshire, Leadon Court has a focus on renewable energy.

Investments have been made in the form of an 11kW wind turbine, 150kW woodchip biomass boiler and four solar PV installations.

The farming operation includes 130 arable acres and 94 acres of cider apple orchards. The farm’s woodland will eventually create self-sufficiency for the biomass system.

A Shropshire dairy farm with 218 acres is for sale in the form of Webscott Farm in Myddle.

The farmsted has an extensive range of dairy and youngstock buildings, herringbone parlour and modern, covered silage clamps. The drained fields are stock-proof and water is supplied from a borehole.

Including a five-bedroom farmhouse and a three-bedroom bungalow, the guide price for the whole is £3.5m, or in six lots. (Berrys/Wright Marshall 01743 271 697)