Diversity is gaining appeal among buyers as they look to protect themselves from volatile farming incomes.

Holdings with non-agricultural income streams are selling well and interest is high.

Spreading risk is one reason offered for the trend, while creating opportunities for family members away from the core farming business is another.

Roughly half the bids were from farmers and 10 were in excess of £2m.

The Grade 1 fruit and arable unit with 82 acres has a range of buildings converted to business lets earning in excess of £100,000/year.

“Interest in farms with a non-agricultural element has been particularly good,” Mr Cornwallis said.

“Land with buildings attached that suit an alternative use are selling well and we are seeing lots of interest from both farmers and investors.” 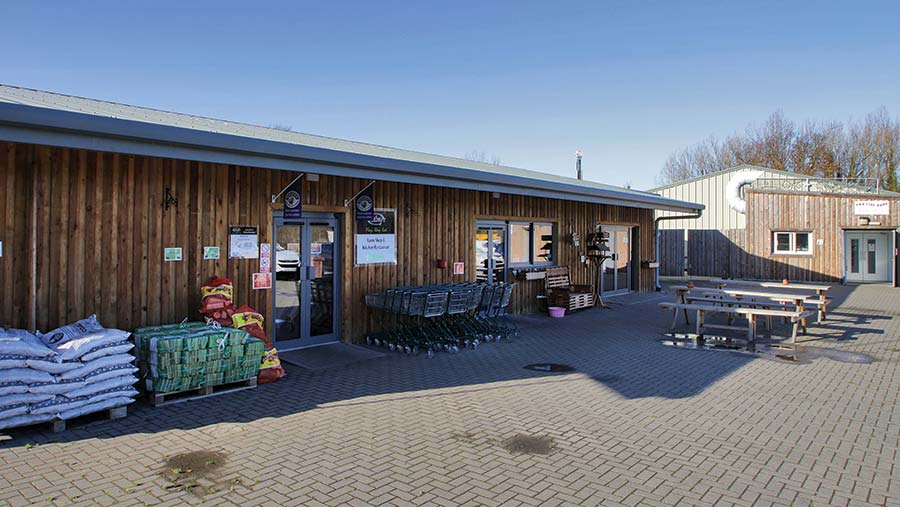 About 20 of the farm’s 25 acres is in vegetables on Grade 1 soils, selling produce through its farm shop and attached café with play barn and campsite.

The whole enterprise turns over in excess of £1m and a house and buildings are included in the £2.5m guide price. 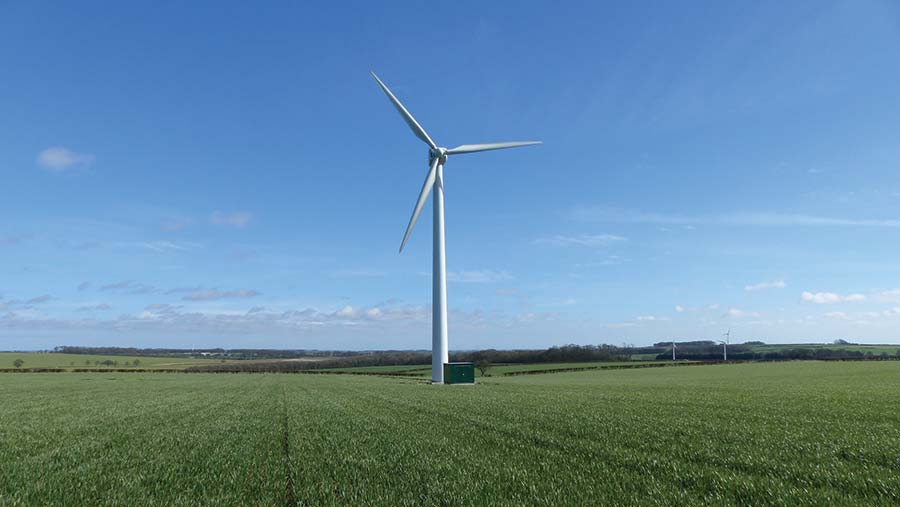 On a second succession AHA tenancy bringing in £20,000/year, the inclusion of additional income in excess of £90,000/ year from a 225kW wind turbine was a significant draw.

James Walton, a Brown & Co partner, said: “This additional income had a big effect on the number of interested parties and resulted in a competitive sale, achieving more than the guide price.

“The wind turbine income was the cherry on the cake. Without it the farm’s appeal would have been much more limited.”

Buyers with deeper pockets seeking scale may find the 947-acre Fonmon Estate in the Vale of Glamorgan appealing. 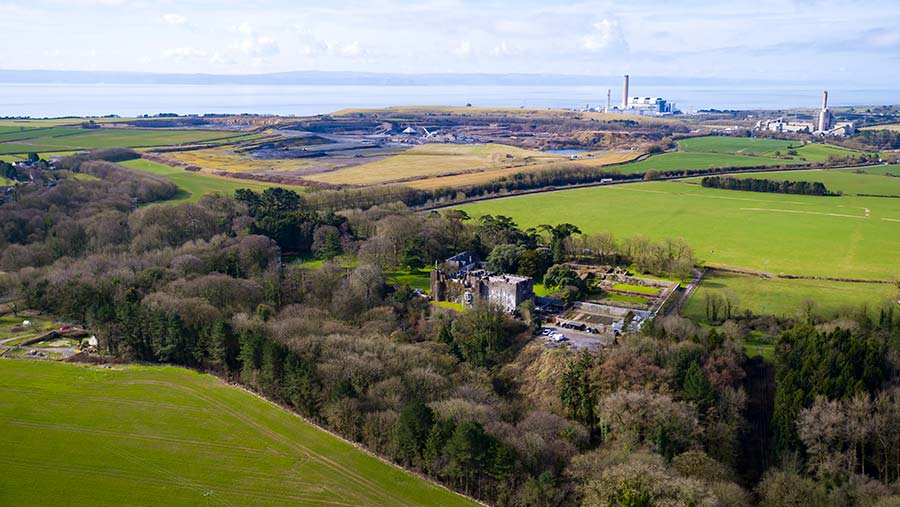 About half of the estate is Grade 2 and 3 farmland in an arable rotation, but much of the £11.5m valuation by Savills can be attributed to its diversity.

A Norman castle provides the platform for a thriving wedding and events business, with eight houses and a limestone quarry contributing to the estate’s £511,000/year income.

“In many cases, bank lending is now more dependent on serviceability by proof of total earnings than straight loan to value and most income streams will enhance the chance of loans for purchase or capital expenditure.”

Carter Jonas says outside investors in particular are looking for businesses with a point of difference that leaves them less exposed to straight agriculture.

The firm is offering Kerry Vale Vineyard in Montgomery, Shropshire – which has 6,000 vines on its six acres plus a café, shop and house – for £650,000. 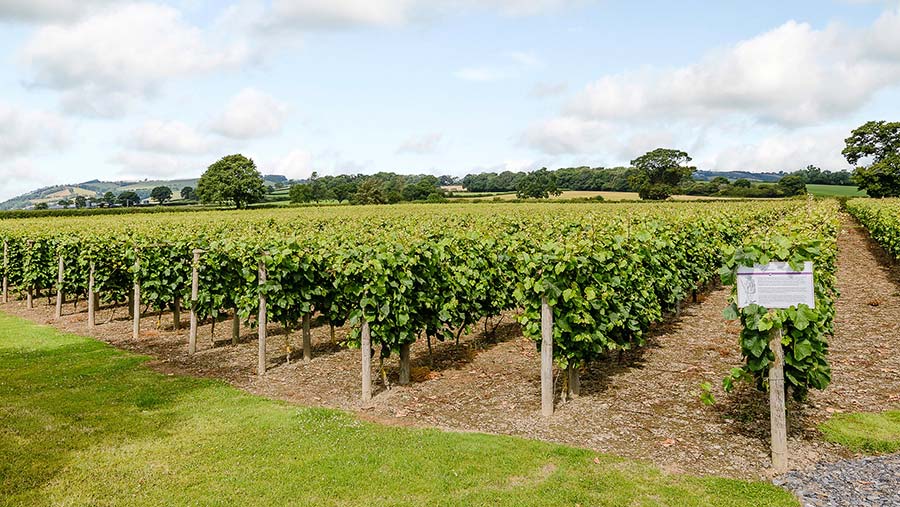 In Scotland, Standhill Farm at Blackridge in West Lothian has diversity aplenty with an 11kW wind turbine, two large turbine leases, telecoms mast and 27 acres under a development option. 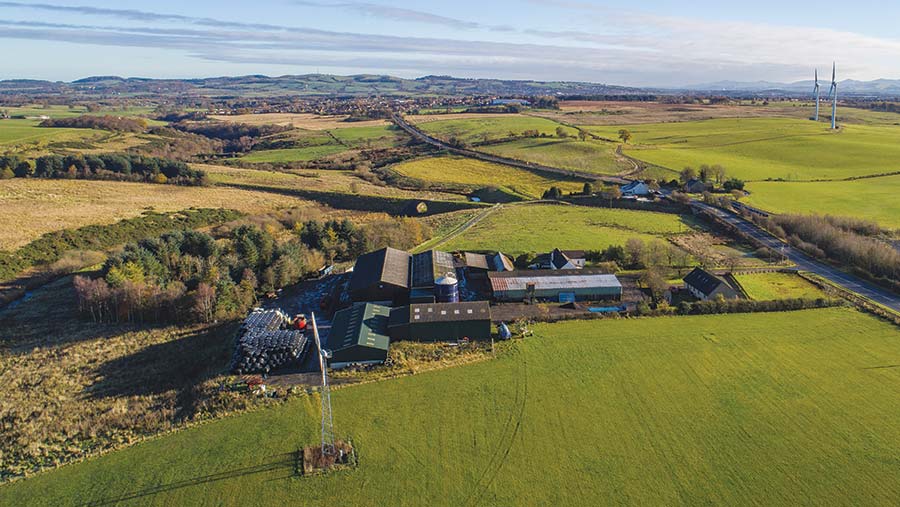 About 380 acres of predominantly arable land with good buildings and two farmhouses makes up the core farming element.

Davidson & Robertson Rural is looking for offers of more than £1.8m.